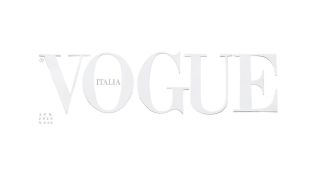 As lives across the world are changed by the coronavirus pandemic, magazines face a number of dilemmas, such as dealing with cancelled events and shoots, and choosing what to cover when the world is talking about one thing. In response, Vogue Italia has revealed that its April cover will be blank, in tribute to victims of the virus. The cover was revealed on the magazine's Instagram page, along with a statement by editor-in-chief Emanuele Farneti explaining the decision.

This is the first time in its history that the magazine will feature a blank white cover, and it's a bold statement from such a powerful title. Magazine covers are often a vehicle for risk-taking design work (take a look at some of the most controversial covers of all time). In his statement, Farneti reveals that the magazine dropped the other projects it was working on, because "its noblest tradition is never to look the other way." Farneti added, "To speak of anything else – while people are dying, doctors and nurses are risking their lives and the world is changing forever – is not the DNA of Vogue Italia."

Looking for inspiration? Check out some of the best print ads ever.

The Vogue Italia April Issue will be out next Friday 10th. 🤍🤍🤍 “In its long history stretching back over a hundred years, Vogue has come through wars, crises, acts of terrorism. Its noblest tradition is never to look the other way. Just under two weeks ago, we were about to print an issue that we had been planning for some time, and which also involved L’Uomo Vogue in a twin project. But to speak of anything else – while people are dying, doctors and nurses are risking their lives and the world is changing forever – is not the DNA of Vogue Italia. Accordingly, we shelved our project and started from scratch. The decision to print a completely white cover for the first time in our history is not because there was any lack of images – quite the opposite. We chose it because white signifies many things at the same time. 🤍🤍🤍 White is first of all respect. White is rebirth, the light after darkness, the sum of all colours. White is the colour of the uniforms worn by those who put their own lives on the line to save ours. It represents space and time to think, as well as to stay silent. White is for those who are filling this empty time and space with ideas, thoughts, stories, lines of verse, music and care for others. White recalls when, after the crisis of 1929, this immaculate colour was adopted for clothes as an expression of purity in the present, and of hope in the future. Above all: white is not surrender, but a blank sheet waiting to be written, the title page of a new story that is about to begin.” #EmanueleFarneti @EFarneti #imagine #FarAwaySoClose #WhiteCanvas --- Read the full Editor’s letter via link in bio. Full credits: Editor in chief @Efarneti Creative director @FerdinandoVerderi Vogue Italia

The cover, designed by Vogue Italia's creative director Ferdinando Verderi, represents respect and rebirth, as well as the uniforms of "those who put their own lives on the line to save ours". Farneti also says it harks back to the Great Depression of the 1930s, after which the colour white "was adopted for clothes as an expression of purity in the present, and of hope in the future."

Farneti explains that he had three goals for the issue, which will be published on 10 April. He wanted to look beyond the turmoil and imagine a world "without indulging in self-pity", to be the first fashion publisher to create a "snapshot of this new world" (by gathering a community of artists stuck at home), and to publish the first plain white cover in the magazine's history.

While some brand responses have felt like opportunism (not least the influx of 'socially-distanced' logos shared by everyone from McDonald's to Audi), Vogue Italia's effort, while audacious, feels like a respectful message of both introspection and hope – especially considering Italy is reportedly one of the worst-hit countries by the virus. We can't help but wonder what will what the contents of the magazine will look like – will the various glossy ads be gone too, or is it business as usual inside? Still, the cover at least is a sensitive statement from Vogue Italia. "White is not surrender," says Farneti, but a blank sheet waiting to be written."