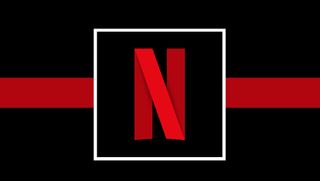 How far would you go to avoid finding out what happens in the TV show you're currently devouring? Spoilers are a universal irritant, and the creators of this Netflix concept ad have used the world's avoidance of them to deliver a topical crucial message on the subject of isolation. Note: This post contains spoilers.

A pair of Thai students aimed the prospective campaign at those who aren't heeding the advice to stay at home during the coronavirus outbreak, and we think it's genius enough to be a contender for our top billboard advertising campaigns. The message is simple: if you go out, you'll be confronted by spoilers of hit shows, such as Narcos, Love is Blind and Stranger Things. So it's safer to stay at home.

Had enough of Netflix? Or binged all there is to binge? Try Disney Plus.

The attention-grabbing designs were created by Seine Kongruangkit and Matithorn Prachuabmoh Chaimoungkalo, students of the Miami Ad School in Germany. The billboards, which imitate the Netflix styling, feature a stark 'Spoiler:' tag (in red), followed by a key plot giveaway (in white). The words sit against dark backgrounds with images of the show in question. Overall, the design is sharp, to-the-point and makes a big impression.

"The best way to stop the spread of Covid-19 is to #staythefuckhome, but some people still think it’s okay to go out and chill, spoiling it for us all," the spec ad reads. "So we took an extreme measure: we spoil their favourite Netflix shows."

People on Twitter agree, with many being fooled into believing the digital mockups were genuine Netflix ads.

This is GOLD!. @netflix is putting advertisement billboards with spoilers on the streets. With the tagline “ You should’ve #staythefuckhome” #coronavirus #COVID19 pic.twitter.com/hkVsra6hz5March 27, 2020

They are pretty believable, but it would have been an incredibly bold move from Netflix, who actually passed on the design. It has been proven, through the McDonald's logo controversy at least, that brands need to be very careful about how they handle the coronavirus outbreak in their messaging. So though it's unsurprising Netflix passed, we are still impressed with this fizzy campaign that speaks volumes. And Netflix probably isn't lamenting the attention it's bringing the brand, either.