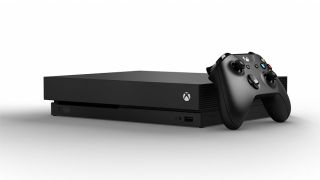 Christmas is coming and we've seen some sweet Xbox One deals that could make ideal gifts for you or a fellow game enthusiast. Microsoft is pushing some impressive price reductions on its 1TB models, including NBA 2k20 and Star Wars bundles that are hard to resist, and other retailers are also joining in on the action.

In the US, Walmart is really stepping up on its Xbox One X bundle deals. There's never been a better time to buy. For example, you can get your hands on an Xbox One X 1TB NBA 2k20 Bundle for $349 – that's a whopping $150 off the retail price. For Star Wars fans (aren't we all?), you can get the Xbox One X 1TB Star Wars Jedi: Fallen Order bundle there's also $150 off, so the bundle costs just $349.

And to make theses deals even sweeter, there are various accessories thrown in, see each deal to check exactly what's included. You'll need to get in there quick as these deals won't last long. For super-sharp gaming, you can also pair your new console with one of the best monitors.

Xbox One X deals: US

Xbox One X 1TB Division 2 Bundle: Was $499 Now $349 at Walmart
Save $150: This is an old game, but you're still getting a brilliant deal on a new Xbox One X console and a free, (still) good game. So this one's worth getting today.
View Deal

In the UK, Currys is dropping its prices to rarely seen levels that will want to make you purchase an Xbox One right now. Seriously, this a deal that that will want to make you spend your hard-earned cash. Get an Xbox One with a 1TB hard drive, 12GB of GDDR5 memory and some great games including Star Wars Jedi: Fallen Order Deluxe Edition, Tekken 7 and Project Cars 2. Get a move on as this deal won't be around for long.