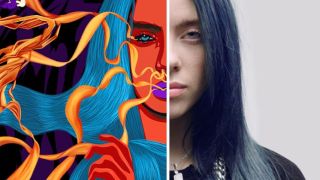 Photoshop shortcuts are an essential part of any efficient workflow, allowing you to perform a vast array of actions in the blink of an eye. This app is blessed with such an exhaustive list that it can be quite a daunting task for any beginner wanting to get started. Some basic shortcuts are recognizable from across other software, while others are so niche that you might only ever use them once.

We have sifted through Adobe’s entire list and handpicked some of the most useful – helping you control layers, quickly change brushes, edit text and apply quick adjustments. There are also shortcuts to improve file management, make selections and aid 3D work. With practice, they will soon become muscle memory and you’ll wonder how you ever did without them!

If this has whetted your appetite to learn more in Photoshop, we have you covered; test your skills with our collection of Photoshop tutorials or create amazing effects with Photoshop actions.

(Prefer a quick visual guide instead? Take a look at our handy Photoshop shortcuts cheat sheet.)

01. Show and hide the layers panel

02. Scroll through the Layers

Get started on your latest project in next to no time with this handy shortcut that instantly whips up a new layer and dialogue box.

Mastering the new layer shortcut is a doddle, so once you're ready to drop in a layer behind it, be sure to use this shortcut.

This command will fill an empty later with the current foreground or background colour.

Add a new, empty layer to the top of your stack, select it and use the above command to flatten the layers in an image to sharpen the result. This adds a flattened version of the image to the new layer but leaves the stacked layers intact too.

This command enables you to merge all your existing layers to create one new layer. Beware! Once merged, they're extremely difficult to separate.

Once you've selected your layers, use this command to merge them into just one layer. To see them merged as a new layer, simply add in the Shift modifier. This is useful if you need to make adjustments later on.

Use this command to create a new layer from an existing one. Sound complicated? Give it a go!

11. Bring layer to top of stack

Here, you can move your preferred layer to the top of the stack of images you're working with in Photoshop.

12. Send layer to bottom of stack

Yep, this is pretty self-explanatory. It does exactly the same as the command above, but in the opposite direction.

This Photoshop shortcut enables you to bring any selected image to the front.

If you decide to change your mind, you can always select the image and send it to the back of the pile.

Draw a selection, then use this command to take every layer into the clipboard, rather than just the current layer selection.