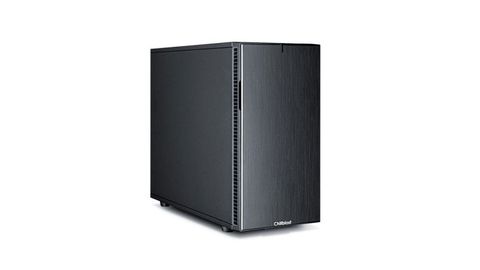 The Ryzen 3950X is the best AMD processor ever, for its efficiency and affordability as much as its capability.

Prepare to be impressed by the AMD Ryzen 3950X processor. We certainly were when Chillblast sent us a workstation with AMD’s affordable 16-core wonder chip in it. With specs that should make this processor one of the best out there, we couldn't wait to try it out.

The ongoing rise of AMD technology is the single biggest story in PC hardware right now, which is why we’re looking at yet another workstation with an AMD processor this month. Keep reading for our full opinion.

Need a new laptop primed for 3D work? See our pick of the best laptops for 3D modelling right now.

Ryzen 3950X is particularly interesting because it has 16 physical CPU cores and can run 32 threads at once, with an (approximate) UK retail price of £749. That’s well below the level Intel has consistently charged for its most high-end chips for years. Until now, those high prices had ensured workstations with more than eight processor cores were simply out of reach for most of us in the CG industry.

The total cost of the full Chillblast system, equipped with a Quadro RTX 4000 graphics card, 32GB of DDR4 memory, 1TB PCIe 4.0 SSD comes to £3,279, which is still £450 less than a rig based around Intel’s 10th-generation platform, which has already had price cuts to make it much more affordable than the previous generation. Intel may lose out on value but one area where it still (just) has a lead is in instructions per cycle, which does affect certain areas of software performance.

3D software has plenty to gain from processors with more CPU cores. All the popular CPU-based renderers are carefully multi-threaded to offer an approximate linear performance improvement from additional CPU cores. Renders complete twice as fast on an eight-core processor as on a quad-core chip. A 16- core chip is twice as fast again so that extra hardware can mean a final render of a scene with exceptionally detailed lighting and many millions of polygons is reduced by hours.

The high core count is not the only interesting thing about the 3.5GHz (4.7GHz Turbo) Ryzen 3950X processor. AMD is reaping the rewards from the flexibility of its Zen 2 architecture and how manufacturing partner TSMC has managed to beat Intel to 7nm fabrication, allowing them to keep the TDP within a manageable limit of 105W. That’s particularly good news for customers too. The Ryzen 3950X does not require an expensive high-end motherboard with a special chipset. It can be used in nearly all existing Socket AM4 motherboards, although some might need a firmware update.

As mentioned before, Intel just has the edge in some performance aspects. For the Ryzen 3950X, our results show the 3950X breaking all records whenever software is multi-threaded, but not every application takes advantage of those extra cores.

The 3950X storms ahead in Blender CPU rendering and Cinebench but in SPECViewPerf, which relies on graphics card performance, the Intel Core i9 9900K just edges ahead, even if it’s only by a small margin. But we’d still pick the 3950X every time. Sixteen CPU cores gives you real flexibility to tackle seriously heavy-duty computing tasks. AMD deserves considerable praise for its exceptional technical achievement here.

But before you join the queue of eager buyers itching to purchase this processor, be advised that AMD has further tricks up its sleeve. A brand new Threadripper chip with 32 processor cores is set for imminent launch too and it’s public knowledge that a mind blowing 64-core Threadripper product is coming in the next 12 months.

The Ryzen 3950X is the best AMD processor ever, for its efficiency and affordability as much as its capability and puts the company well in front of its arch rival for the first time in over a decade. Based on the 3D performance it offers for the money, it’s instantly become our top recommendation for any workstation.

Read more: How to sell your 3D assets online

The Ryzen 3950X is the best AMD processor ever, for its efficiency and affordability as much as its capability.