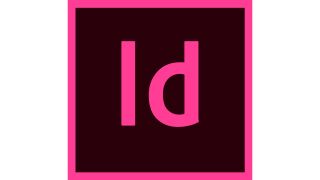 If you want to download InDesign CC to your PC or Mac, but aren't sure how, this post has all the answers. Whether you’re looking to download Adobe InDesign for free to test it out, or you want to sign up to a Creative Cloud subscription that includes InDesign, we’ll explain your options, and outline what you need to do to start creating professional page layouts.

Adobe Photography Plan | | £8.32 per month
Save 16%: If it's Photoshop you're after, then you can currently get a great deal on Adobe's Photography Plan. Get access to Photoshop, Adobe Spark and Lightroom CC for just £8.32 a month. EMEA only. DEAL ENDS: 20 May 2020.
View Deal

Adobe’s advanced page layout software is the industry standard for publication design, and is used by both students and professionals to make posters, flyers, brochures, magazines, newspapers, presentations, books, ebooks and more.

(Also see our guides to other Adobe software, such as how to download Photoshop or these brilliant Illustrator tutorials.)

The short answer is: yes – kind of. InDesign is a paid-for tool, but Adobe does let you download a free trial of InDesign for both Windows and Mac. Once you’ve done that, you’ll get seven days to use the full version of the page layout tool, which gives you access to all the latest features and updates.

To take out a free trial, you’ll need an Adobe ID. If you don’t have one, don’t worry, it’s free and only takes a couple of minutes to create. Just go to the Adobe account page, and click Get an Adobe ID.

You’ll also have to give Adobe your credit card details. If you cancel your subscription before the end of the trial, you won’t be charged a penny. If you don’t, though, Adobe will then bill you for an ongoing subscription, so do keep your eye on the calendar.

Taking out a free trial is quite simply the only way to download InDesign for free. Downloading a pirated version from the murkier parts of the internet is not only illegal, it’s also highly dangerous to the security of your devices and data. Along with the pirated software, you’re likely to unwittingly download viruses and malware, and your bank account might end up getting emptied as a result. So this is very much a false economy and we certainly wouldn’t recommend it.

Download a free trial of InDesign for PC or Mac now
You can try the latest release of InDesign for free – and get access to all the newest features and updates – with a seven-day trial. There’s no obligation to buy the software afterwards, but if you do wish to, you can convert to a paid Creative Cloud membership either during the trial or after it’s expired.View Deal

How do I buy InDesign CC?

The only way to buy InDesign is as part of a Creative Cloud membership, for which you pay either monthly or annually. Your cheapest option is to subscribe to InDesign alone. Alternatively, you might prefer to take out the All Apps subscription, which is more expensive, but will give you access to all of the Adobe Creative Cloud apps, along with a range of other benefits. (If you’re not sure which CC apps would benefit you, then check out our article Adobe software list: Which apps do you need?).

Tempted by the latter, but worried about the cost? Adobe often runs promotions that might change your mind. Plus, there are always discounts for students and teachers, as well as separate pricing for businesses, schools and universities. So it’s always worth having a look at our Adobe Creative Cloud discounts page see what discounts are on offer.

What’s the price of InDesign CC?

The cheapest way to buy InDesign CC is through the Single App InDesign plan, which usually costs £19.97 / $20.99 / AU$29.99 per month on an annual plan, and will give you InDesign, plus 100GB of cloud storage, Adobe Portfolio, Adobe Fonts, and Adobe Spark.

The other way to buy InDesign CC is through the Creative Cloud All Apps option, which gives you access to InDesign as well as Adobe’s entire collection of creative desktop and mobile apps. This doesn't cost much more than the single app option, so is probably worth it, as you'll no doubt need at least Photoshop too if you're working with images.

InDesign discounts for teachers and students

Note that at the moment, there are free licences on offer for students and teachers, find out more here.

How do I get started with InDesign?

Once you've downloaded InDesign, head over to our collection of the best InDesign tutorials to get started with the software, and improve your skills and understanding. We’ve gathered together a great range of InDesign lessons, all free to access, which will teach you new tricks and how to work smarter and more creatively, whether you're a beginner, intermediate-level or a professional user.

InDesign is often used in conjunction with the Adobe Digital Publishing Suite to create content suitable for tablet devices, and it supports export to EPUB and SWF formats for the creation of ebooks and other digital publications. It also supports XML, style sheets, and other coding markup, allowing for the export of tagged text content for use in other digital and online formats.

As part of your CC subscription plan, you’ll receive all InDesign updates free. The latest version is Adobe InDesign 2020. Recent additions include support for importing SVG files, a new reverse spellcheck feature, the ability to search for similar images, new self-serve resources available within InDesign to help you get started, support for column rules in a multi-column text frame, support for variable fonts, and support for five new South-East Asian scripts. You can read more about the new features in this Adobe blog post.

InDesign is currently only available for Mac and PC desktop computers. However, you can use the free app Adobe Comp to create layouts on your iPad, your iPhone or your Android device, and send those files to InDesign to work on further. Terry White walks you through this process in the video below.

In our view, the best InDesign alternative is Affinity Publisher, which was launched last year by Serif, the makers of Affinity Photo and Affinity Designer. Affinity Publisher is available for a low-cost, one-off fee and requires no subscription.

Another good paid-for options is Quark Xpress, which predates InDesign and still offers a decent alternative for those who prefer a one-off payment to a subscription (albeit a much more expensive one than Affinity Publisher). Our favourite free alternative, meanwhile, is the open source tool Scribus, which does a pretty good job at page layout for creatives on a budget. You can see a full list of InDesign alternatives here.