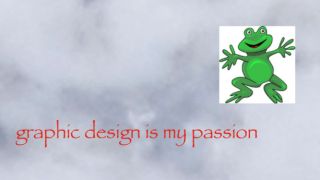 Arguably the most shared, most parodied design meme of all time (Image credit: knowyourmeme.com)

The best graphic design memes will have designers nodding their heads in agreement, as they see elements of their daily lives played out in images or GIFs. These graphic design memes show everything from struggles with clients to naming conventions in Photoshop, and chasing up late payments.

The internet is awash with such memes, so once you've checked out the graphic designer's price list, dive into our list of graphic design memes. How many can you relate to?

For more colourful depictions of an array of different subjects, see our list of the best infographics.

We've all had that sort of client, the one who isn't after a 'small favour'. They aren't suggesting you work 'for the experience'. They've got money to spend on this project. Except the amount of money they're willing to spend in no way matches the amount of work they want you to put into it. They want a blockbuster on an indie budget.

02. Defend yourself, firmly but fairly

Clients often want you to work miracles but they don't want to pay miracle-prices, but that's not the most annoying thing. The thing many designers can't stand – and simply will not put up with – is the client literally or figuratively loitering over your shoulder and questioning every stage of the design process. This sort of backseat-designing is enough to make anyone want to defend themselves.

Client VS Design Studio ➖ Get notified right away on our daily content, tap the triple dots on the top right “…” and tap ‘Turn Post Notifications On’. Designers Humor

They say the customer's always right? But when you know they're absolutely not, things can get heated. When the studio manager mediates, it often gets more heated, and it seems that the creative director is always, quite conveniently, "in a meeting."

Most clients want the work to be either good, cheap or fast. The problem comes when they expect it to be all three. This is in fact impossible, as the above GIF shows.

When you're ready and waiting for a dazzling idea to hit – you've cracked open a brand new limited edition Moleskine sketchbook, you're holding your freshly sharpened Blackwing pencil, and you're at your adjustable, ergonomic, sit/stand workstation – which cost more than your car – it inevitably doesn't.

Picasso reckoned inspiration really does exist, but it has to find you working. But, more often than not, inspiration finds you eating, shopping, showering – it finds you anywhere but your adjustable, ergonomic, sit/stand workstation (see our best desks if you want one).

Who can relate to this 😂 ➖ Get notified right away on our daily content, tap the triple dots on the top right “…” and tap ‘Turn Post Notifications On’. Designers Humor

Once you're at the designing stage, it's all too easy to decide that there will only be one 'final' version of that document. It's only then you realise you've missed something, and then something else...

Which one are you?⁣ ⁣ ➖ Get notified right away on our daily content, tap the triple dots on the top right “…” and tap ‘Turn Post Notifications On’. Designers Humor

Once you decide to tweak this, redo that, all of sudden, the whole project has become far more complicated than you ever imagined it would be. It's easy to wish you were one of those organised designers, someone who has a tried and tested workflow, who keeps their layers nice and tidy. These people must exist.

How it feels to be a freelancer. #freelance ➖⁣ ⁣Get notified right away on our daily content, tap the triple dots on the top right “…” and tap ‘Turn Post Notifications On Designers Humor

Of course there had to be a meme on work-life balance. When you're balancing clients, meetings, chasing invoices, doing good work, doing satisfying work, doing work that pays, that pays well, work-life balance (what life?), worrying about how work will be received, worrying you're doing too much work, worrying you're not doing enough work: balancing all of these things, you think, makes you tougher, stronger, a better designer, a better person. But you also think that maybe balancing all of these things makes you look like a moron.

A designer being interviewed. ➖⁣ ⁣Get notified right away on our daily content, tap the triple dots on the top right “…” and tap ‘Turn Post Notifications On Designers Humor

Once you've done the work-work, often the real work begins: getting paid. You invoiced the client weeks ago, months ago, last year. You've heard all the excuses. The invoice is "being processed." The invoice is "with accounts". The invoice is "signed off". Meanwhile you're subsisting on Weetabix and refreshing your online banking at five-minute intervals. Until finally, the sweet moment comes.