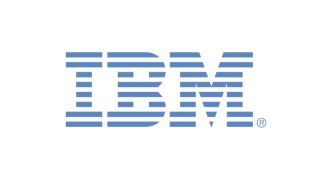 Welcome to Creative Bloq's guide to the best logos of all time. How good your logo is is a vital part of branding success. Of course, the logo is a relatively small part of the overall identity scheme, but to customers on the outside world, logos are perhaps the most important touchpoint for a company. So important that customers can't help but latch onto them and form a bond.

We subliminally take meaning from these marks and we care about them. Often the public responds loudly and fiercely to the introduction of a new logo. And why not? Michael Wolff, co-founder of branding agency Wolff Olins, has argued that a brand belongs to its customers; they define it, because they're the ones who buy its products or use its services. It isn't surprising, then, that logos are discussed far beyond the presentation rooms of global branding agencies in Manhattan or Shoreditch.

Even if you only have a passing interest in graphic design, it’s fascinating to see what the BP logo looked like in 1930, or debate how the Coca-Cola identity has evolved (or not) over the past 125 years. In this article, we've gathered what we think are 10 of the best logos ever. Read on for a look at what makes these logos so strong, as well as insights from the people that designed them.

For tips on how to create a brand mark that will stand the test of time, explore our logo design tips or check out our advice on where to find the best logo design inspiration.

The I Love New York logo seems ubiquitous and eternal today, but it was designed by Milton Glaser in 1977 for the New York State Department of Commerce in a moment of inspiration during a taxi ride through his beloved city. So universal is the design that ‘to heart’ has now become a verb, colloquially speaking.

Here, the legendary designer discusses his love for his home city, as well as his body of work and the role technology plays in his design practice...

How important is New York City to your work?

"I’ve often thought about it and I can’t imagine a life, for me, outside of the city. I would have found another way of being in the world and doing work, I’m sure. All I know is the nature of this city: its complexity; its diversity; that it offers so many opportunities for learning; and the fact that it’s so contradictory. New York is not the most beautiful of cities. It changes all the time. It’s not a city that imposes its vision on people who come in; they impose their vision here."

"Everything is open, everything is up for grabs, everything is to be questioned. That aspect of not accepting anything as being ultimate or the final truth seems to me a source of great vitality, energy and options for people. Anything can happen here. And that, of course, creates a very different environment than a culture where very little can happen."

Is there enough understanding of the past these days?

"Well, the [design] field itself is dominated by fashion and by the idea of selling stuff, so you have to be concerned with what’s currently being done, and the economy is based on the idea of change and new styles, and this year’s whatever. Unfortunately, that’s not the real basis for serious work."

"If you’re more serious about it, you have to be more concerned about durability and ideas that go beyond the moment, so I think the best designers around are always designers that have had a kind of broader look and don’t change with the prevailing wind. If you find that all you’re doing is copying what is already being done, you’ll have no position in the field. You’ll have nothing to offer and, after 20 years of doing it, you’re nowhere."

What is your relationship to digital technology?

"I have an ‘arm’s length’ relationship to it, but I’m also mad about what you can do with a computer. I love working with other people on the computer, sort of like dancing. It’s a way of working collaboratively that’s never been done before."

"But you have to come to it with an existing sense of form. If you don’t have form and an understanding of visual phenomena, and don’t understand how to draw, from my point of view, it’s a very mischievous instrument because it forces you into patterns that it imposes."

Next page: Best logos ever - IBM