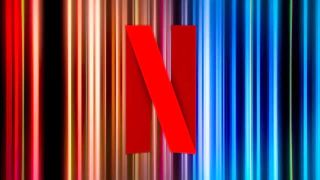 Netflix's 'Ta-dum' is a great example of an audio logo (Image credit: Netflix)

Audio logos might seem like an odd concept. After all, when you think about logos, you probably think of something visual. But branding is not just about what we see, but what we hear, too. And so in recent years, the phrases 'audio logo', 'sonic logo' and 'sonic trademark' have sprung up to describe the aural equivalent to a graphic logo.

So what is an audio logo, exactly?

It's essentially a soundbite, no more than a few seconds long, which either accompanies the appearance of a visual logo, strengthening brand recognition overall, or substitutes for it in audio-only media such as radio, podcast or apps like Spotify. It will usually be trademarked by the company, just like with a graphic logo design (see our logo design guide for our favourite visual logos and why they work).

Similarly to the best logos, a good audio logo is instantly recognisable, catchy and provokes an emotional reaction in the listener. Here are some of the best-known and most iconic examples.

Created by Austrian musician Walter Werzowa in the 1980s, Intel's three-second audio logo has become one of the most well-known in history. A simple five-note mnemonic, it's estimated to be played somewhere in the world every five minutes.

Werzowa was originally hired by Kyle Cooper, a friend employed at R/GA LA, and told the sound needed to convey reliability, innovation and trust. He spent 10 days composing the jingle, and finally had a breakthrough when he started singing the words 'Intel Inside'.

It works partly because it's a very catchy sequence of notes, but also because of the sound of those notes. The original recording used a combination of different synthesisers, xylophones and marimba. And while it may sound simple, it's actually made up of 20 different audio layers.

Nailing the sweet spot between computerised and physical sounds, Werzowa's composition is unique, relatable to a broader audience, and timeless. And although it's been gently updated over the decades since, it still shows no sign of needing to be retired.

When your business is based on providing high quality sound, a distinctive audio logo is the perfect place to showcase that quality.

Founded in 1983 by George Lucas, THX is best known for developing its high fidelity audio/visual reproduction standards for cinemas. And its in a huge auditorium, surrounded by huge speakers, that this thunderous blast of audio makes the most impact.

Here is the sheet music in case you fancy recreating it at home:

In 35 yrs we have NEVER shown this! View the never-before-seen score of #DeepNote THX's audio trademark 🔊 created by Dr. James A. Moorer a former employee of #Lucasfilm. #DeepNote debuted at the premiere of #ReturnOfTheJedi on May 25th 1983 // 35yrs ago #THXLtdEntertainsAt35 #RT pic.twitter.com/9LLF6Ul17mMay 25, 2018

Based around a distinctive glissando – a glide from one pitch to another – THX's audio logo is an epic wall of sound based around a rumbling low pitch, created by James A. Moorer, and known as the 'Deep Note'.

Climaxing in joyous synthesised triumph, this heady blast of sonic branding leave you in no doubt that THX is a confident, industry-leading company.

Love it or loathe it, McDonald's certainly knows branding. So it's perhaps surprising that the corporation, first launched as a franchise operation in 1955, waited almost half a century before it launched its first global marketing campaign, in 2003.

The wait, though, was worth it. The slogan 'I'm lovin' it', accompanied by a super-catchy “ba da ba ba ba” vocal hook, was universally popular and instantly recognisable. So much so, that there's been a great deal of controversy within the pop and hip-hop communities about who actually wrote it.

The truth is confusingly complex, but essentially a succession of creatives contributed to the final jingle, including the German ad agency Heye & Partner, Justin Timberlake, Pharrell Williams, Pusha T, and others. (There's a full blow by blow account on Pitchfork plus an excellent video explanation from Hodges U.)

Composition claims aside, the secret to this audio logo is that it's ultra-flexible, and easily adapted to local markets, languages and cultures everywhere, as well as specific campaigns and different musical styles.

Partly because of this, it still seems fresh and relevant today, 16 years on, as it did on first release. Even if the mangled grammar of 'I'm lovin' it' makes professional writers like ourselves recoil in horror.

Audio logos don't just appear in advertising, of course. For generations of Apple users, the sound that accompanies the switching on of their desktop computers is one that strikes an emotional chord to this day.

Just listen to the series of beeps and chimes in the video above, from the first 1984 Mac onwards, and you might just feel a shiver down your spine the moment you hear 'your' sound.

As you'll notice, many different sonic approaches have been taken over the years, but the most well-known sound is the chime used first in the iMac G3, and subsequently for all Macs from 1998-2016. In case you were wondering, the chord is a F-sharp major, and was produced by pitch-shifting the 840AV's sound.

Mac models from late 2016 and newer, though, don't have a startup sound, with the single exception of the 13-inch, 2017 MacBook Air. And we think that's a real shame.

In the words of Jim Reekes, who created countless Mac sound effects during his time at Apple: "Now that there’s no startup sound, it’s like sitting down at a restaurant and there’s no one there to greet you.”

While historically Apple has been the hipper choice for creatives, Windows scored quite a coup with its Windows 95 release, by getting art pop icon Brian Eno to compose its startup sound.

While Eno played in Roxy Music and has worked with everyone from Bowie and David Byrne to Coldplay and Damon Albarn, his Windows chime is almost certainly the most widely listened-to piece of music in his entire career. And a quick re-listen now instantly reminds you what a powerful, otherworldly piece of audio it is.

It was Microsoft designers Mark Malamud and Erik Gavriluk who originally got Eno involved. As the musician recalled in an interview in the San Francisco Chronicle, they wanted "a piece of music that is inspiring, universal, blah-blah, da-da-da, optimistic, futuristic, sentimental, emotional, this whole list of adjectives, and then at the bottom it said: 'and it must be 3 1⁄4 seconds long.' I thought this was so funny and an amazing thought to actually try to make a little piece of music. It's like making a tiny little jewel."

The resulting composition – which he ironically wrote on a Mac – was certainly that. Although at six seconds, it was almost twice the requested length. Proof that a successful audio logo doesn't have to be super-short. Well, as long as you're a musical genius, that is.

Audio logos become most effective through repetition. And Netflix's distinctive intro, which plays before you start watching any show on its platform, is certainly getting a huge amount of that right now.

The audio logo for the streaming service, which is now available in over 190 countries, is comprised of "two 16th note timpani strikes on D2 and D3, simultaneously which with are played three dotted half notes on D2, D4, and D5", according to its official trademark document. Or, in layman's terms: it kind of goes 'Ta-dum'.

It's super-short, because anything longer would make time-pressed viewers tetchy. It's distinctive, making it easy to imitate yourself. It evokes a simple but powerful emotional connection: every time you hear it, your brain thinks: 'Yay! Binge-watching!'

And finally the sound itself is deeply rooted in the DNA of Netflix. As @TelTalksGames kindly pointed out to us. it comes from the sound of Frank Underwood knocking in House of Cards - the platform's first original series - as shown in this video.

The growing importance of audio logos can be seen in the rise of specialist  'sonic branding' agencies, and the New York-based Audiobrain is a great example. It's best known for developing the audio logo for Microsoft's Xbox 360, which is used on the console's startup, as well as in advertising. And it's a real aural beauty.

In the company's words: "The sonic signature is a reflection of the Xbox 360 – you can hear the human energy, duality, cultural diversity and excitement."

That might sound like marketing speak overreach. But listen carefully and you have to agree there's a beautiful diversity and complexity to the sound; one that nicely matches the epic and far-reaching visions behind the best Xbox games.

When you're choosing a mobile carrier, you're looking for someone you trust, and a good audio logo can be an important part of conveying that brand message.

It certainly has in the case of T Mobile, whose audio logo was composed by Lance Massey. This super-catchy series of notes could almost serves as the dictionary definition of an 'earworm'. It's upbeat. It's bright. It's simple. It's catchy. in short, what more could a brand want from an audio logo?

Audio logos aren't, of course, a totally new phenomenon. The classic MGM film intro, featuring a lion's roar, has spent more than a century getting audiences in the mood for epic flicks like Gone with the Wind, Ben-Hur, and 2001: A Space Odyssey.

The intro was originally created in 1916, as a piece of silent film, by ad executive Howard Dietz . The lion gave its first audible roar on July 31, 1928 for the debut of the movie White Shadows in the South Seas.

There have been seven different lions in total, with the current lion, Leo, in place since 1957, while those of a certain age will fondly remember the Tom and Jerry variant.

The MGM logo is also a reminder that an audio logo doesn't necessarily need to be a piece of music. More modern examples of non-musical audio logos include J J Abrams' Bad Robot and Mutant Enemy Production's Grr Arg.

Finally, we wouldn't want to leave you with the impression that audio logos are only used by huge companies. They're actually a great tool that everyone wishing to self-promote can use. And as streaming audio and podcasting becomes more important going into the 2020s, it's a great time to jump on board.

Case in point, which Greg Bunbury pointed out: web entrepreneur, author and speaker Gary Vee, aka Gary Vaynerchuk, is usually ahead of the curve with the latest marketing trends. And so it's notable that he's got fully on board with sonic branding recently. He's now adding a short audio tag (a mouth-popping sound) to every one of his videos.