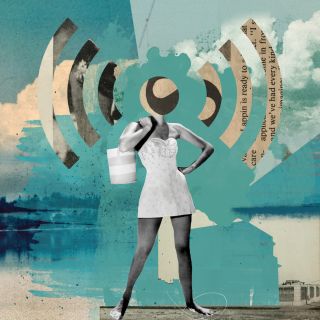 In an ideal world, pitching to a potential client is a smooth process. You show them your work, explain your idea, they're amazed and you're hired. Simple, right? Sadly not. Pesky human error can creep into your pitch, and before you know it, you've said something stupid that will haunt you for years.

It's not the end of the world though. Even the most successful designers are prone to putting their foot in their mouth. One of the best ways to get over a blunder is to share it with others and realise that your mistake wasn't the big deal you thought it was. As well as being good for those struggling with how to network, learning about the misfortune of others is also a great way to put things in perspective – making you think, 'Thank God I didn't say THAT'.

With this in mind, we asked top designers to share some of the dumbest things they've said to a prospective client. And remember, while these might make you cringe, they weren't career-killers, so go easy on yourself next time you make a slip of the tongue in a professional setting.

For Gilly & Rob Ltd co-founder, Robert Duggan White, the phrase "sure, I'll add that with no extra charge" proved to be a bad move. "About six years ago, when I was a freelancer I was working on a website for a client who had a small transport company," he explains. "It was just a standard website – a small number of pages, a few photos and a contact form. Simple."

"When the job was done, the client asked me about getting a business card designed and I naively offered to do it for free, thinking it would be a quick job. The client then got this idea that he wanted to have a bus with airplane wings, because his main business involved going to and from Dublin. It turned out to be a nightmare that dragged on and on.

"I spent more time on that bus than I’d spent developing his website. To make it worse, he ended up using it as his business logo. I designed his logo for free without even realising."

For illustrator Amber Vittoria, it was what she didn't say that caused her headaches. "The first memory I recall is what I didn't say to a prospective client," she says. "When I started freelancing on the side while in college, while working on my first project, I was a bit too nervous to discuss project fees and then awkwardly had to ask for payment at the end.

"They were a bit confused as to why I didn't bring it up sooner, and luckily I did get paid, but learning how to be upfront with fees is an important lesson I've learned since."

Miscommunication with a client you're already talking to directly can be awkward enough. But for illustrator and designer Eleanor Shakespeare, her problems arose when knocking on the doors of potential customers.

"During a 150+ email out for self-promotion, I emailed the art director of Jamie Magazine and accidentally started it with 'Dear Jamie' – as if I was writing to Jamie Oliver himself!"

This wasn't the only time Shakespeare made a self-promotion snafu, either. "I managed to send out a spam/virus email to every single contact on my client list, about two years into my struggling career as a freelance illustrator," she confesses.

"Needless to say I sent a desperate follow up email saying how sorry I was, and how also... er... you should hire me...? Fortunately it doesn't seem to have had too much of a lasting impact, but I still cringe at the thought!"

Freelance designer Kieran Bond's fatal words were: "Because you’re a charity, I’ll totally do a full rebrand of your identity for free."

Looking back on it, he says, "when I was just starting out, I was given a job by a local charity who wanted a full rebrand of its identity, stationary, the lot. They promised to 'recommend me to some people' in return. Me being young and naive, I did the rebrand. But although they were happy with my work, I never heard from the charity, or got any recommendations.

"In the process, I learned one of the many lessons designers need to learn the hard way: never do any work for free, even if the client does promise something vague, like exposure, in return. The charity made me sign a contract, part of which said I couldn’t use the work in my portfolio. Another lesson learned: always read the contract, and challenge anything you don’t agree with."

Not thinking before you speak

For Batu Cologlu, a freelance motion graphics designer, it was her skills rather than her income that suffered when she didn't put herself first.

"Back in the early days when I was starting out as a freelance motion graphics designer, everything was going really well," she reveals. "I was booked every single month with various studios. I was gathering real experience and building up my portfolio. I was living the dream.

"One day, I was booked by a high-end ad agency and I really felt like I’d made it. The producer approached me and asked me to do an animated piece that I thought would be tough to do well within the timeframe. I replied: 'You need a professional to do that'. To date, those have been the most ridiculous words to ever come out of my mouth, considering I was the one they'd hired as a professional.

"Since then, I've always applied a filter of engaging my brain first before speaking. Words are powerful."