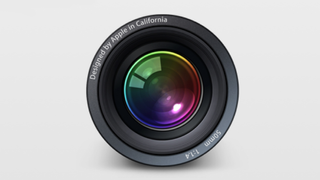 If you're a user of Apple's photo editing software, Aperture, you'll want to start migrating your image libraries. This is because Apple is planning to discontinue Aperture in future versions of macOS following Mojave.

The quiet announcement was spotted on the Apple support page by the eagle-eyed folk over at MacRumours. Given that the tool hasn't been in development since 2014, the decision to shelve it is hardly surprising. And with the expansion of the easy to use Apple Photos, the final nail had been hammered into Aperture's coffin.

If you've been trying to find Aperture in the Mac App Store, you'll already be aware that it's vanished. However if you thought that you would be able to keep using Aperture as an existing member, the sad truth is that it will expire in September when the Mojave replacement rolls out.

Apple isn't leaving users in the lurch though. If you head over to its support page you'll find instructions on how to migrate your Aperture libraries to the Photos app and Adobe Lightroom Classic.

What's more, if you're looking for a tool to fill the Aperture-shaped hole in your life come September, a subscription to Adobe CC could be the answer (sign up to Adobe Creative Cloud here). The suite's photography tools include Lightroom, Lightroom Classic, and Photoshop. Sure, these tools are a step up, but if you're ready to take your images to a professional standard, this is the software you'll need. If you really don't want to sign up to Adobe, you can check out our free alternatives to Photoshop.