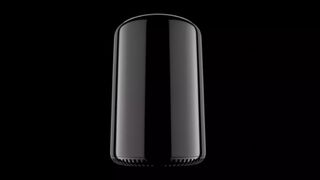 It's been a long time since the Mac Pro was treated to a refresh. In fact, you'd have to go back to 2013 to track down the last time the standalone desktop computer was redesigned. (Apple fans will undoubtedly remember that the previous iteration was unveiled with Phil Schiller's claim "can't innovate any more, my ass", bold words that would come back to haunt him.)

However it looks like Apple hasn't forgotten about the Mac Pro after all. In an interview with Buzzfeed News, Schiller announced that the company is "completely rethinking the Mac Pro". He also revealed that Apple is hard at work on a new Mac Pro system with a separate pro display, although it's unclear when either will arrive.

There was also a rare apology from the team behind the upgrade, who admitted that they were working hard to avoid design constraints present in the existing model.

“We designed ourselves into a bit of a corner,” says Craig Federighi, the Apple software engineer who regularly appears on stage at Apple events to demonstrate OS improvements.

“We wanted to do something bold and different. What we didn’t appreciate completely at the time was how we had so tailored that design to a specific vision that in the future we would find ourselves a bit boxed in – into a circular shape.”

Quite the claim, considering that Apple usually creates the 'vision of the future' it wants people to have. Nevertheless, it's good to hear that Apple is listening to professionals who feel short-changed by the MacBook Pro's limitations.

It seems we'll be waiting another year to see how Apple innovates the Mac Pro, but in the meantime it's updating the current model with a minor power boost. For $2,999 you can now purchase a Mac Pro with a 6-core Intel Xeon processor, dual AMD FirePro D500s, and 16GB of RAM. Alternatively, the $3,999 model will include an 8-core Xeon processor and dual AMD FirePro D700s.