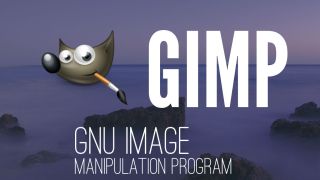 GIMP is a popular image editing tool, but its name isn't as universally loved. The software's title, which is an acronym of GNU image manipulation program, is a word that can also be used as an ableist slur, and has sexual connotations. To fix this, a new fork of the GIMP editor, called Glimpse, has been created.

Given that GIMP is one of the most popular pieces of free graphic design software, you would have thought that its makers would have addressed this naming issue. However it came down to Bobby Moss, a technical writer a database giant Oracle, to address the situation.

Moss had seen a discussion topic opened by developer Christopher Davis on Gitlab called 'Consider renaming GIMP to a less offensive name'. Finding Davis' arguments against the name to be well reasoned, Moss decided to fork the project into Glimpse.

Speaking to The Register, Moss said that Glimpse not only remedies the rather unfortunate name, but that it also aims to overhaul the entire UI of GIMP. "Initially I thought it was just going to be a quirky project on my own private GitHub but people expressed enthusiasm for it," Moss told The Register.

"It's evolved now into this new thing where you’ve got multiple people running it, myself, Chris who originally posted the issue, and another woman called Clipsey … it's all kind of ballooned out from there."

The team behind GIMP are clearly aware of the issues surrounding its name. On the software's FAQ page, it says this in response to the questions about whether or not it will rename GIMP:

"With all due respect, no. We’ve been using the name GIMP for more than 20 years and it’s widely known. The name was originally (and remains) an acronym; although the word “gimp” can be used offensively in some cultures, that is not our intent."

While GIMP and Glimpse are on different pages when it comes to naming conventions, there is some common ground to be had. That's because Glimpse developers plan to continue contributing upstream code to GIMP, meaning that its development will continue at a steady pace and ensure that there are no incompatibility issues between the two applications.