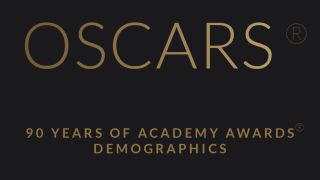 The Oscars are fast approaching, and this year marks the award ceremony's 90th birthday. Over those nine decades there have been some pretty incredible stats attached to the Academy Awards. To mark the occasion, Stylight has put together this infographic that represents this prestigious event in numbers.

This impressive infographic shows you the actors that got paid peanuts for their award-winning performances, the most watched acceptance speeches, the child prodigies and late bloomers, and more.

Aptly for a year in which the movie industry (and its biggest events) is being shaken up by the long-overdue #TimesUp revolution, there's also a depressing look at the Academy Awards' gender stats. It's still a boys' club when it comes to individual nominations – overwhelmingly so in the best director category, and payscales are still way, way out of whack.

The three highest-paid actors all earned well over twice as much as the highest-paid women in 2017, but perhaps the most surprising stat here is that Dwayne 'The Rock' Johnson is currently the second biggest earner in Hollywood. We'll leave that to sink in for a minute.

Despite this disparity, women still win out when it comes to best acting nominations. The indomitable Meryl Streep has racked up a ridiculous 21 nominations across her career. Trailing behind in the men's category is Jack Nicholson, who has pulled in a frankly embarrassing 12.

To see the full infographic, click on the image above. The Oscars will take place on Sunday 4 March – if you're still not up to speed on the flicks set to win big, take a look these brutally honest Oscar movie posters.