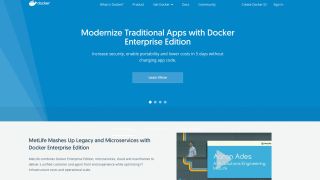 When it comes to web development, it is pretty easy to assume that JavaScript is top dog. But, obviously it's not that simple. Imagine turning up for an interview and saying 'I'm great at JavaScript'. We think they might want to know a little more than that. JavaScript is the basis for thousands of different libraries and is included in endless frameworks.

There's a few that spring immediately to mind, such as React and Angular. But web development is not just about JavaScript either – there are hundreds of libraries that a developer could have in their arsenal, but you cannot learn them all, so it's very much a matter of choosing the right ones to ensure that you get the job you want. And, if the libraries and tools that populate your dev arsenal are in demand, you can make a little more money than expected.

Global tech publisher Packt recently released Skill Up 2017, its developer skills and salary report. In a nutshell, the report takes a look at the tools developers are using, who's getting paid the big bucks, and some of the emerging trends that web developers should be on the lookout for.

The report is based on replies from over 4,700 respondents from across the globe. In its executive summary it revealed that full-stack development is dominating as a technical role across industries; 60 per cent of respondents have either a 'reasonable amount of choice' or a 'significant amount of choice' over the tools they use at work; developers need to work in an environment they love – IDEs are among the most loved tools; 47.57 per cent of respondents say their manager has less technical knowledge than they do; there's a container revolution happening – Docker is being learned across today's tech workforce; and Python remains consistently popular across job roles.

Looking further into the report, what else did we learn? As well as being a global survey – which included respondents from the US, UK, Brazil, Australia and India – it revealed the average salaries of developers and tech professionals. As you might expect, it's the US that comes out on top. They earned an average of £104,000, compared with Europe that sat at £75,000, while North Asia came in at around £55,000.

To put this into some kind of perspective, it wasn't web developers that topped the list. The big earners by role were big data engineers, security engineers and information architects. But, we all know web developers aren't in just for the money; they are in it for the love.

More importantly, what tools were popular? In a straight top tools chart (including all job roles), it was Python that was happily sitting at number one. Elsewhere in the top ten were Git, Java and Docker, with JavaScript coming in at number 11.

Other notable tools included React, Jenkins, Sublime Text and PHP. Drilling down by role revealed differing results. For web developers, Git was number one; for mobile developers, Xcode was top choice. But, if you are looking to boost your salary above the average, there are certain tools that can help you achieve this. By role, web developers needed to know Fiddler and Bootstrap.

We have only skimmed the surface here. Get your hands on the full report and find out how you can start making the big bucks and discover the tools and skills that people want.