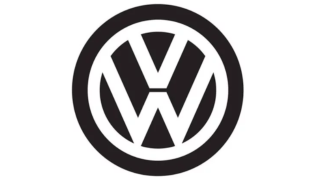 German car manufacturer Volkswagen has redesigned its famous badge logo. The much-anticipated design moves away from the three-dimensional, metallic blue and white badge from 2000, and instead sees the VW logo become a flat, black-and-white symbol. But will it be enough to save the brand's name following a recent scandal concerning doctored test results?

Scandal aside, change is often controversial, especially where logos are concerned. But rest assured that the fundamental elements of the Volkswagen logo are still in place. The V is still stacked on top of the W, and both are enclosed in a circle. Given that the VW emblem sticks to the good branding principles outlined in our logo design guide, it should be on to a winner.

The new logo has been designed with a digital presence in mind, meaning that the flat design will work better on mobile platforms. See how it compares to the previous logo, below.

According to a report from Autoweek, the new logo will be officially unveiled at the Frankfurt motor show. Despite the logo having already appeared in Volkswagen's Hello Light ad (below) with a matte finish, the site speculates that the marque will have a reflective finish on cars.

Fans of the brand will likely know that the redesign has been on the cards for a while. Following accusations that Volkswagen had used software in its vehicles to improve its test results – which resulted in a termination of VW's partnerships with roughly 40 global agencies, leaving just three – the company's chief marketing officer Jochen Sengpiehl said that the brand was "not in good shape compared to previous years".

Autoweek reveals that the eighth-generation Golf will be the first production vehicle to display the new logo. The emblem is also said to represent Volkswagen's expansion into electrical cars.

Given that people are fascinated with the Volkswagen brand – these stunning hand drawn specs of the VW logo got a big reaction earlier in the year, the update is sure to cause a stir.