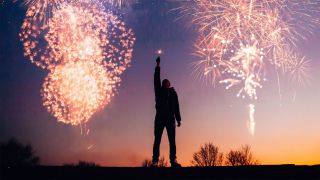 Anyone working in web development will often feel like they deserve a medal. Trying to achieve the impossible against overly-optimistic deadlines, with clients and management breathing down their necks, errors that defy all efforts to fix them and having to deal with the fallout from user testing, who wouldn't want a little recognition for their efforts?

Every career has its own rites of passage, those classic career achievements that everyone racks up along the line. If you were playing a video game, these would be the points at which you'd hear some sort of chime and get an on-screen notification that you'd earned an achievement, trophy or badge, depending on what platform you're playing on.

And CSS-Tricks' Chris Coyier has been wondering exactly what these achievements might be for web developers. He kicked things off the other day with a tweet asking, "What are some classic dev career achievements or rites of passage?".

I still think this idea is funny and we should do it. What are some classic dev career achievements or rites of passage? pic.twitter.com/nGAI2mzwV5August 31, 2019

He already had a few ideas lined up, including 'Changed a DNS record and everything worked just fine', 'Refactored a large portion of CSS and didn't break anything', and 'Accidentally created own CMS', but he needed more, and the dev community stepped up in their droves.

Some suggestions are those little everyday victories racked up at the code face; Eric Meyer came up with a few, including, 'Edited .htaccess without causing 500 errors', 'Used flexbox in production', and 'Launched a responsive site'.

Christina Workman had an old-school suggestion: 'Found the missing semi-colon', something that modern developer might not ever have to deal with thanks to code linting, while Lucy Beer came up with the classic: 'Migrated a database...and it worked'. Cool story.

• Edited .htaccess without causing 500 errors• Someone you don’t know starred your Github repository• Filed a browser bug that was accepted as an actual bug• Launched a responsive site• Used flexbox in production• Used Grid in production• Cross-browser testingAugust 31, 2019

Other ideas are more concerned with some of the realities that anyone connected with creative industries will have come across at one point or another. Steve Gardner came up with the frankly outlandish 'successfully quoted the correct amount of time for some work', while @indextwo offered the similarly unlikely 'Got paid first time, on time without prompting'.

- successfully quoted the correct amount of time for some work.August 31, 2019

What about those ultra-rare achievements, though? The ludicrous ones that you normally only collect after months of diligent practice or thanks to sheer dumb luck. We have a winner, courtesy of Mike Price: 'Pushed to production on a Friday and didn't have to roll it back over the weekend'.

Pushed to production on a Friday and didn't have to roll it back over the weekendAugust 31, 2019

Come off it, mate. Never happened.