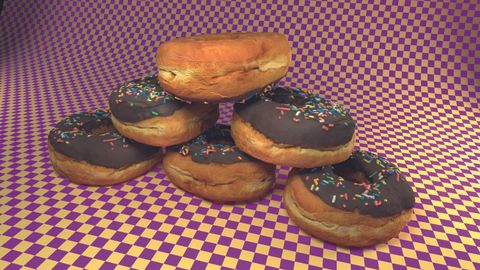 While not particularly groundbreaking, 3ds Max 2017 is a solid release that will at least make the day-to-day life of developers a little easier.

Every year when Autodesk releases its latest version, it faces a barrage of critical feedback. This has been the case for a number of years, including 3ds Max 2014, mainly due to the lack of useful features and an apparent refusal to implement some of the most requested features over at Autodesk Uservoice.

I’ll stay out of that conversation and focus on reviewing the new features. According to Autodesk’s website there are 23 new features – though a quarter of these are enhanced versions of existing tools. The documentation on these tools points towards the fact that the majority of new tools are there to make an artist’s life easier. That’s great, but the lack of new, groundbreaking features is a little disappointing. In every release, artists want to see a healthy mix of improvements to the existing offering and the addition of new features which are going to push the software forward. I think Autodesk lacks the balance in this release.

There are tools to make your life easier, such as a tool called the Scene Converter. It essentially converts old Arch & Design, mental ray and standard items into physical materials, physical cameras and physical lights, that can be used in conjunction with the new Autodesk Raytracer Renderer (ART). But I wonder how many scenes are going to need converting? I’m sure some users will find a use for it.

Autodesk has also developed an Asset Library tool which enables you to access all the models that you’ve either created or downloaded over the years. This is a brilliant idea and it will definitely make the process of populating scenes more streamlined and headache free. As mentioned, it’s not going to blow anyone away, but it will make your life a little easier.

There are a number of tools that modellers will be grateful to see, including the ability to do point- to-point selection, local alignment transformations, and pin the working pivot of an object. Every release in recent years has included a number of tools to remove the labourious nature of some modelling tasks; this release is no exception. Another plus is the new boolean system which has been completely overhauled. If you’ve ever used booleans you’ll know how often they’re unworkable as a modelling solution. Boolean operations are now part of a modifier, enabling users to stack operations and create extremely complex geometry simply and reliably.

For artists working at the rendering end of the pipeline you’ll notice that 3ds Max ships with ART. I’m a V-Ray user, but it seems that the options for rendering natively in 3ds Max change with every release! However, ART provides users with a physically-based tool, ideal for visualisation workflows.

Autodesk has created a solid release: Last year its tag line was ‘The Biggest Max Ever’. An accurate tag line this year would be, ‘Making your life a little easier’.

This article was originally published in 3D World magazine issue 210. Buy it here.

While not particularly groundbreaking, 3ds Max 2017 is a solid release that will at least make the day-to-day life of developers a little easier.