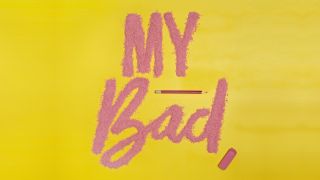 Starting your first design job can be very daunting – you've gone from working from home in your pyjamas to being surrounded by brilliant senior designers plus that slightly terrifying art director. There's no two ways around it, you're going to mess up at some point in your first job – it's inevitable.

But you're not alone. These leading designers have already been there and come out the other side still smiling. Here are some common pitfalls that can happen in the workplace – and some advice to help you avoid making these mistakes.

“For one of my first newspaper redesigns, we were in a rush but had a clear idea of what we wanted," reveals consultant newspaper and web designer Jacek Utko. "We changed the logo radically; all new type, cut the size in half and gave it a completely different layout. It was a clear, powerful concept and a fast, smooth delivery.

"Perfect case, right? Not really. Readers didn’t share our excitement. Sales and advertising went down. I’m still sure it was a good design – but not for the audience or product. Now I think more before designing, and compromise for the market and product legacy. And I design from a strategy and content perspective, not just for pure design.”

02. Pretending you know it all (when you don't yet)

Artist and designer Kelli Anderson says: "With my first few client projects, I went to great lengths to conceal the fact that I’d bitten off more than I could chew. This assumed a pathetic, ‘No, really, I’m a professional’, tangibility through my boring business cards, polished letterheads and detailed (but inaccurate) estimates. I realise now that learning on the job is what makes for a sustainable career."

"When you ‘don’t know what you’re doing’, you can’t apply stale stock solutions. You must think with your wits, fly by the seat of your pants and engage with the problem on its own terms. Now, I seek out jobs based on how little I know."

"I animated a section of The Bigger Picture until four in the morning, and then slept on the studio floor," says animator, writer and director Daisy Jacobs.

"I woke up and reviewed the footage to find everything past my normal going-home time was completely unusable. My advice? I would suggest going home at a reasonable hour and sleeping in a bed."

04. Failing to check everything

Managing director at Studio Output Dan Moore advises: "My biggest learning is to always check everything – be that preflighting your artwork before print (or learning the hard way when you get a full set of 16 x 5000 A6 flyers back with the DJs overprinted, in white) or using spellcheck (so you don’t spell ‘Nottingham’ with one ‘T’, like our first ever Studio Output job).

"Also just simply check you're using a phone properly (and not airing your early career frustrations at the client just before you speak to them, without the mute button on)."

05. Wasting time at the wrong company

"I would say my biggest mistake was not quitting at the right time," reveals illustrator and art director Daniel Aristizabal Arias. "I took a job in a small ad agency in Medellín, Colombia, and from the get-go it was a very unfortunate adventure. I was underpaid, working on really crappy projects and my bosses were kind of dick-ish with the staff."

"I lasted for six months there. At the end they lost a big account and they fired all the new people.  For me it was a huge relief, and I still thank them for letting me go.”

"In my first job I designed a flyer for MTV," says photographer Jane Stockdale. "But when we got it back from the printers, I’d accidentally spelt ‘MTV Beatch Party’.

"It was obviously my fault but my workmates had my back and said they didn’t know who did it. I told my boss later and he knew it was me but was cool about it. So I’d say if you make a mistake, be honest about it. And always have your workmates’ backs."