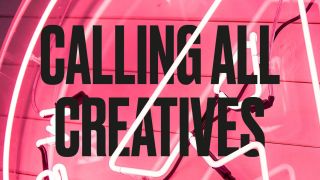 It's many designers' ultimate goal to become the creative director of a successful agency. Not everyone gets to achieve their dream – you need more than a great creative resume to make it as a great creative director. It takes skill, talent, top-notch management skills and plenty more besides. However, you can put yourself in a better position to achieve your goal if you pay heed to advice from those who have been there and done that.

"My responsibility is to ensure all creative is to the high standard we set here," says Martin Widdowfield, creative director at Robot Food (the studio behind the opening image for this article). For Widdowfield, an easy way to do this is to treat every job like it's your first – with all the excitement and fear that comes with that.

"Every job, big or small should be given the same energy. Complacency is the killer of good creative and spreads like wildfire if left to do so."

As creative director, it's your job to look after your team and encourage them to flourish. And that means one of the most important qualities you need to have is the ability to trust others to do a good job.

"It's incredibly hard, as most creative directors are creatives who have worked really hard to get to the position where they are listened to," say the Gary Holt, David Law and Simon Manchipp of SomeOne. They have all this knowledge and skills that they naturally want to pass on to their juniors – but that, the trio say, is not what a creative director is there for.

"No hot young designer wants some 45-year-old droning on about photosetting and waxers. They want their ideas approved and published. The client wants the best, most exciting, progressive, and effective idea to create a monopoly for their product, service or organisation. Not something dug up from a 1980s sketchbook. Great creative directors hire really, really good people. Then let them do really, really creative work."

A major part of the creative director role is to do with mentoring your team. "I’m a firm believer that everyone has ideas and my job is to help bring them to fruition," says Widdowfield. "It doesn’t matter if you’re a senior or straight from university, everyone at Robot Food has the opportunity to put their mark on the agency and is encouraged to do so."

"Look after your studio family and encourage them to flourish," say the SomeOne CDs. "See the good in everything they do, but be consistent in your advice.

Widdowfield agrees, stressing the importance of good feedback in particular. "CDs need to be confident and decisive, yet patient enough to help nurture ideas without stressing the designer. I’ve had too many experiences in my early career, where a CD gets frustrated on an idea and doesn’t offer any form of constructive feedback to help."

05. Get your hands dirty sometimes

As is common the further up you move in a design company, becoming a creative director tends to result in less time in front of Photoshop and more time managing and guiding others.

"My own role still involves some hands-on design/copywriting, but very often it's about me taking the lead on a project, working with the client on the overall approach and then briefing my team to create something wonderful," says creative director Chris Jones. That means checking in on the project throughout its development, and making sure it's staying true to the brief and providing what the target audience wants.

But be careful not to lose touch completely. "I believe creative directors should get their hands dirty sometimes," says Widdowfield. "It's all too easy to dictate some instructions and let the creative struggle to translate that idea on their own."

As a creative director, you'll be responsible for guiding artistic decisions. And to truly stand out, you'll need to be willing to take some risks. "It is far too easy to be liked; you just have to be accommodating and hold no strong convictions," say SomeOne. "Then you will gravitate towards the centre and be average. That cannot be your role."

07. Stay true to your studio's vision

While it's important to keep things fresh and push new ideas, you also need to have a clear understanding of your company's identity. "A good creative director has to have a clear understanding of their agency vision," says Widdowfield. "Without this, work is not going to deliver on the image the agency wants and in turn won’t attract the desired work in the future."

"Whether it's clients or your own team, creative directors should spend a lot of time listening. Really listening," stresses Jones. In order to really get to the bottom of what a client's issues are, he tries to sit back and mainly listen in meetings, only speaking when he has a really good question to ask.

"It should be all about the client, not the agency," he adds. "Similarly, in-house you need to take the time to listen to your team and accept that you can learn from them."

SomeOne echoes Jones' advice: "Great creative directors may listen to their clients for hours. Because somewhere deep in all those spreadsheets, PowerPoints, briefs and data is the spark that they can pass on to the creative minds that will put pen to paper. They must choose that spark very, very carefully, or risk a fire that can take down the entire ship."

"The best creative directors do something entirely different," says SomeOne. "They trust talented people to do talented things. Then stop bad things happening to the work, and to the people. Often without the people even knowing it."

Share what you know with the wider world. It's helpful for less experienced designers, and helps strengthen the design community as a whole. "Don’t keep it to yourself and don't be paranoid about sharing your expertise, even with competitors," says Jones. "Writing blogs and speaking at conferences are both great ways of getting stuff out there and have the added benefit of helping you meet new people and sparking debate."

For creatives, the right studio environment have a big impact on the work created – everything from what's on the walls to the mood in the studio is important.

"It's very difficult to define, but the perfect working environment for me is generally relaxed, with occasional bits of Victorian mill owner-style discipline thrown in to keep standards high," shares Jones. "Equally, encouraging creatives to let off a bit of steam by throwing stress balls at each other or flying the office's remote control helicopter around is just as important."

"Be a sponge for as much culture (both high and low) as you can fill your mind with," suggest the SomeOne creative directors. "Then forget about it. It will remind you when it's needed."

Many studios will specialise in one particular area, as of course, you'll need to know your particular discipline inside out. However, it's vital to be aware of what's going on in other specialisms, too. Jones works for a digital agency (you can see some of his work in the video above), but still keeps an eye on what's going on in the branding and advertising segments. As well as making sure your work is well rounded and being open to any new developments, this can help keep you inspired within your own specialism.

"There's nothing worse than seeing a project presented by someone who doesn't really get it. Doesn't understand it, or really like it. If the person presenting doesn't believe in the work, there is no reason for the audience to care," says SomeOne.

"Great creative directors pick their fights very carefully, but once they have committed to a route, they believe that it is the greatest idea on the planet. And they make a stand for that work. They protect it. They enhance its chances, co-ordinate people who could help it, channel it to concentrate it. They become evangelical. They believe. You, as the designer, may never see any of that in the studio – but they will be out there fighting the good fight for a cause they passionately believe in: a great idea."

While it's pressurised at times, the creative industry can be a wonderful place to work – and many would agree that great ideas can happen when you relax and have fun. "The best creative work comes when the mind isn’t bogged down with stress," says Widdowfield. "Yes, deadlines loom, and that concept can be a struggle to crack, but you’ve got to just put that to the side and enjoy it."