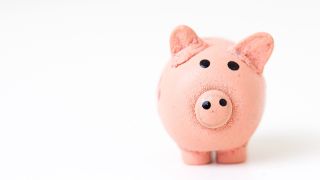 Salary negotiation can be a minefield. Whether you're trying to persuade your boss to give you a pay rise or fleshing out the details of a potential job offer, asking for more money is never easy. Unless you're very lucky, chances are you're going to have to do a little negotiation at some point in your career. So how do you go about it the right way?

Read on for some top salary negotiation tips from people who know what they're talking about.

01. Do your homework first

It's absolutely vital to do your homework on pay beforehand – forewarned really is forearmed, so gather with all the facts you can find. Before even deciding whether to embark on a salary negotiation or not, do some background research by reviewing salary guides or even speaking to recruiters.

Information about the staffing situation at the company you're applying to – for instance if it's growing quickly or has recently reduced its headcount – can also impact your bargaining power. Arm yourself with the facts before you enter the negotiation.

When interviewing for a job in a new company, you'll often be asked what you're making at the moment, and what you're looking for in the new role. Don't be caught out here: this is the first part of a salary negotiation process, and you need to treat is as such. Try not to limit your options by declaring a number too early on in the process – you might regret it later on, for example when you know more about the role.

Equally, be aware that playing games in order to try and manipulate your prospective employer is a risky business. While you might evade certain questions, outright lying about your current salary or other job offers on the table can easily backfire.

When it comes to salary negotiation, it's smart to keep your options open. Whether you're negotiating with your current employer or a potential new one, don't issue ultimatums too early on in the process. Taking an aggressive stance early on is off-putting, and start your working relationship off on the wrong foot. At this point you're trying to convince your potential boss or your worth.

Try and keep your language positive as much as possible. For example, instead of, 'No, that's too low', try 'I'd be more comfortable with a higher figure'.

Similarly, while asking for more money can feel uncomfortable, especially if the salary negotiation is with someone you are currently working with, try and suppress the urge to apologise. Go into the conversation with confidence, and be aware of your worth as an employee.

As soon as you start to feel undervalued, it is time to address the situation. People tend to wait far too long to raise the issue, and that doesn't create the best attitude to enter a salary negotiation with. If you're feeling disgruntled and frustrated from the off, you're likely not going to be in the best mindset to negotiate effectively. Try to have the conversation before you get to that stage.

While you may not get exactly what you wished for, it's worth entering the discussion with a deal-breaker figure firmly in mind. You don't want to end up getting swept up in the emotion of the situation and agreeing to a salary that you'll later regret.

Being offered exactly what you want, right off the bat? It might sound like the dream scenario, but don't trip over yourself to agree too quickly. Double check what's being asked of you, and that you're not underestimating your worth. A pause to make sure you have all the facts isn't going to hurt anyone.

Be aware that if your initial request for a pay rise is rejected, that's not the only option. If you can't negotiate more money right now, try asking for a delayed or conditional pay bump to be written into your contract. That gives you a chance to prove your value to your employer.

Make sure you have an agreement officially fixed in place for when the review will take place and what the terms are, though. A vague understanding that you'll reconsider your pay rate further down the line leaves you in a very weak bargaining position.