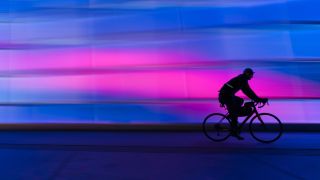 Okay, so there haven't been any definitive studies that prove designers live longer than people in other jobs. But we reckon it's a pretty sure thing. Here are 10 solid reasons to believe us designers will keep going, and going, and going.

01. We have a sense of purpose

Designers live for design. We're passionate about it. We think about it constantly. It's the thing that makes us get up in the morning with a spring in our step. And while it might cause a few issues if we become too obsessive (see 10 reasons not to date a designer), it's this fired-up sense of purpose that's ultimately going to make us live longer.

While it's natural to think of our body and mind as separate entities, they're deeply interdependent – so it's a case of healthy mind, healthy body. This article from Lifehacker explains how the women of Okinawa, Japan are known for having a positive outlook on life and pursuing their 'ikigai' ('reason for being'). And it's no coincidence that the Japanese have an average life expectancy of 83, the highest in the world, with Okinawans the longest-living of all.

In short, having that new project to do, or design that's going to change the world, doesn't just make life worth living right now. It should help you live longer too.

02. We drink lots of water and tea

We designers are constantly filling up on water, tea and coffee. Admittedly too much of the latter can cause poor health, not to mention a shaky hand on the mouse and the need to remortgage to pay for all those mochas. But the antioxidant flavonoids in tea are recognised as being beneficial to cardiovascular health, along with bowel regulation and weight control. Yes, a cup of tea is likely to make you live longer. And green tea, or water, is even better for you.

03. We don’t have time to socialise (and get drunk)

Even though those deadlines might tire us out, the long hours – and reams of personal projects we want to complete – mean we don’t go to the boozer every night, thus significantly cutting down our chances of liver and heart disease. If we do go for a drink, it’s usually at a networking event where we can meet other designers and up our freelance game, thus giving us a greater sense of purpose (see point #1).

We don't like to brag, of course. But in general, we designers are highly educated beings. And highly educated people (according to this report) live longer. That's partly due to the sense of goal-driven purpose, mentioned in point #1, which following a course can give you. So maybe now is a good time to re-energise yourself with an evening class or two.

Hands up who wants to go to a bar with a bunch of corporate lawyers and accountants? Anyone? Okay, that might be a little mean, but it's certainly true that designers are more renowned for their ability to laugh than other, more staid professions. Maybe that's because we get a lot of practice dealing with bizarre client requests (you have to laugh or else you'll cry).

According to research, the more you laugh, the healthier you'll stay and the longer you may live. So next time a client asks you to "design the site and we'll put the content in later" (see things you should never ask a designer) don't stress, have a good chuckle – and keep prolonging that lifespan.

06. We don’t spend too much time watching TV

According to research done in 2011, every hour of watching TV can shorten your life by 22 minutes. Luckily we don’t have much time to watch rubbish shows – we’re too busy swotting up on the next job or interacting with other designers on Twitter. If there’s one thing us designers don’t like, it’s numbing our brain with useless information.

Everyone needs some downtime though. If we do want to spend some time in front of the box, it’s usually with a movie or two – and maybe the odd videogame.

Okay, sometimes we don’t think of clients as ‘people’ – especially after that 10th revision – but the truth is that in our jobs we’re always helping people achieve their goals. And that feels good. And doing good for others may increase how long we live. Why not take it a step further and donate your services to a local school or university – it’ll make you feel good, teach others your skills and raise your profile. Win win win!

Cycling is very popular among us designers – and it's one of the best forms of exercise around. As everybody knows, exercise helps you live longer; this Taiwanese study, for example, suggests just 15 minutes of exercise per day can add three years to your life.

If you've not ridden a bike since childhood, we'd certainly recommend it. Cycling fits in with the designer lifestyle down to a tee, plus it gives you the chance to wear stuff like these awesome Milltag jerseys designed by one of your peers.

In 2017/18, 144 workers were killed at work in the UK. The industries that have the highest death toll are agriculture, manufacturing and construction. In comparison, the design community is pretty safe.

When was the last time you had to handle dangerous substances or lift heavy objects as part of your day-to-day routine? Yes, design can be hard work, but it's unlikely to injure or kill you – and for that we should be thankful.

10. We have everything to live for

Minor gripes aside, we love our jobs. We earn a decent living from them (at least once we're past the design intern stage). The industry as a whole is expanding; there's always new stuff to learn and boundaries to push. We'll certainly never be bored.

Even when we retire, we'll probably carry on working in some way or other. Yes, we know we can't live forever – but we're damn well going to stick around as long as we can, because design is our dream. And when it comes to keeping the Reaper at bay, that counts for a heck of a lot.