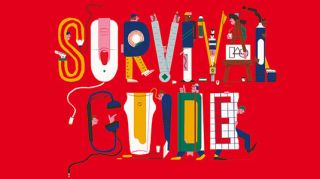 Everyone's got to start somewhere, so if you've just started in a studio as a junior and you want to rise up through the ranks to the dizzy heights of an art director, there are a few hoops you're going to have to jump through. To give fledgling creatives a head start in the industry, we asked designers for their advice.

“You should be able to interpret a brief well and quickly,” says Esther Shelley, junior designer at Design culture. That doesn’t just mean getting the general gist – you’ll need to nail it down precisely so you understand the deliverables, the timeframe and the concept. “Obviously it depends somewhat on where you’re working and on the type of work you’re doing but, as a general rule across the board, it’s important for every project. Understanding the client and what you’re being asked to do for them is really important because that’s the base line for everything.”

“A good understanding of the print process and setting up work for print – including die-cuts, foils, spot uv, finishing, binding, pantone and spot  colours – definitely comes in handy,” notes Andy Suter of Studio North, who says he’s also picked up Adobe shortcuts and learned about using key software from more senior designers, as well as getting to grips with Sketch, Balsamiq and InVision.

“It’s very rare that you’ll be working on just one project, so you need
to be able to manage your time, and to work without being shepherded in terms of what you’re supposed to be doing and when,” says Shelley. Learn to prioritise, she advises – work out what needs to be done first and how much time can be spent on it. “Things build up very quickly, so it’s easy to start one thing in the morning and then find you’ve got five more things to do in the afternoon.”

This article was originally published in Computer Arts magazine issue 255. Buy it here.