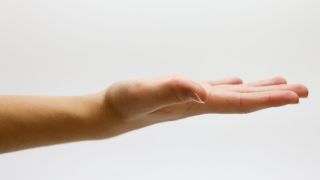 We live in a free market society, and so – in theory at least – whatever the public demands, the public shall get, albeit at a price. But in practice, there are some weird anomalies.

Seemingly popular products, from chocolate bars to beauty products, disappear from the shelves for no apparently good reason. The internet erupts with complaints, petitions are launched, and fans start avidly hunting for surviving examples on Ebay. Yet despite this, the original makers seem stubbornly resistant to bringing them back.

All, though, is not lost. As we’ve seen from Kodak’s success in reviving Polaroid cameras, you should never say never when it comes to old favourites. In this post, we give a shout out to eight discontinued products we’d love to see make a triumphant return.

For some of our favourite products that have survived, take a look at our guides to the best tools for graphic designers and the top web design tools. Or hit us up on Twitter, and let us know what you’d like us to add to the list below.

If you were a kid in the 1970s you’ll remember how, once you’d finished your glass bottle of ‘pop’, you could return it to the shop and get a partial cash refund. This meant the chances of you throwing it away as litter was zero. It also encouraged you to liberate discarded bottles from hedges, parks and gardens, as a way of supplementing your pocket money.

That all came to an end in the 1980s, though, due to the rise of cheap, disposable plastic bottles. But with the seas now filling up with plastic at an unsustainable rate, it seems like a good time to bring it back.

Thankfully, it looks like that might happen soon. Businesses and politicians have been talking a lot about new deposit return schemes, and recently, a trial was carried out in Scotland, where reverse vending machines installed at various shops offered 10p for every can or bottle deposited.

Let’s hope the rest of the country follows suit quickly, because it really does strike us as a no-brainer from both an economic and environmental point of view.

If we were to list all the discontinued food and drink products we’d like to bring back, we’d probably be here all day. So we’ll be restrained and just choose one. We’re genuinely mystified why Cadbury withdrew the Fuse Bar in 2006, because we can think of few chocolate products to ever attract such a passionate fanbase.

Living up to its name, it combined 70 per cent chocolate with a selection of nuts, raisins, crisp cereal and fudge pieces, in a way that added up to more than the sum of its parts. Truly, a meal in a bar.

It was once so popular that it was even promoted to the highest echelons of Cadbury elite; the Miniature Heroes selection box. And Cadbury must know it’s sorely missed, as it even brought it back as a limited edition over Halloween 2015.

Stop teasing us, Cadbury. You revived Wispa, and look how successful that was. Bring back the Fuse; quite honestly, nothing else can touch it!

The work of John Delorean, who left General Motors to manufacture his own dream car, the Delorean was quite simply the coolest car in creation. It sported gull-wing doors, brushed stainless-steel outer body panels, innovative fibreglass body structure and a steel backbone chassis. If you’ve ever watched Back to the Future (and if you haven’t, do so at once), you’ll know what we’re talking about.

Unfortunately, its actual performance never quite matched its looks and price tag. And so only 9,000 DeLoreans were ever made, before production halted in early 1983 and the company shut up shop.

But hey, the first Apple computer wasn’t perfect either. So why hasn’t someone taken this classic design and combined it with modern engineering, to create a car that any wealthy nerd would bend over backwards to buy?

Well, it turns out a company called DMC Texas have been trying to do just that, originally planning to return the Delorean into limited production in 2008, only to be hit by legal problems. The last announcement, in February 2018, promised production would start in January 2019, but we’re still waiting. C’mon, guys!

Remember the early 2010s, when everyone thought the coolest phone around was the BlackBerry? Embarrassing, right?

Well actually, not everyone sees it like that. While the BlackBerry’s blinking red lights and push email may be a thing of the past, some people who find it difficult to use a touchscreen dearly miss those clickable little keyboards.

Sadly as of 2016, BlackBerry no longer produces mobile devices at all. And while the brand has been taken up by Chinese manufacturer TCL, its devices aren’t particularly sophisticated, and are unlikely to be putting in an appearance in your local phone shop any time soon.

For those of us who crave the soft click of a button under our finger, though, we hope TCL can develop a device that matches up to the iPhones and Samsungs of this world... and bring back the QWERTY phone to the high street in style.

Unless you were young and hip in the 1990s, you probably haven’t heard of Deadline. And that’s a shame, because it truly was a publishing phenomenon, albeit a niche one.

Created by 2000 AD artists Brett Ewins and Steve Dillon, Deadline surfed the wave of an era when comics stopped being just for little kids and could appeal to adults too. Featuring left-leaning social and political commentary in its comic strips, along with written articles about the indie and alternative scenes, Deadline championed Britpop and had a close relationship with the hip bands of the time, including Blur, Ride, Curve and Carter USM.

Its best comic strip was Tank Girl, created by Jamie Hewlett and Alan Martin, which followed the adventures of a punk girl who drove a tank and lived with a mutant kangaroo. Its feminist, kick-ass spirit was hugely ahead of its time; unfortunately, the resulting movie was an artistic and commercial disaster, heralding the eventual closure of the mag in 1995.

That shouldn’t be held against it, though. After all, the 1995 movie of 2000 AD’s Judge Dredd wasn’t exactly brilliant. Let's face it, it was an era when Hollywood simply just worked out how to make comics work on screen.

That’s clearly no longer the case. And at a time when there’s renewed enthusiasm for left-wing and feminist ideas amongst young people, we reckon it’s the perfect opportunity for Deadline to make a comeback.

It’s been more than 30 years since the pound note has been in circulation in England and Wales, after it was withdrawn in 1988 and replaced by the one pound coin. But those of us of a certain age still miss it dreadfully.

Why? Because it was light, compared with all those coins now weighing down our wallets. It was much easier to find than rummaging around a bunch of loose change. You were far less likely to lose it down the back of a sofa. And it was much more difficult to counterfeit (it’s estimated that 20 per cent of £1 coins in circulation today are forgeries).

In short, it’s no wonder that the original pound notes are still a collector's item, going for £8.90 on Amazon, no less.

The note was originally withdrawn because of its short life, but Australia has since introduced a plastic based note that’s longer lasting and easy to manufacture. So why can’t we follow suit? Then just think what cool new designs we could come up with...

Even if you weren’t alive when Ladybird Books were a thing, you’ve no doubt seen them at school, in libraries, or at jumble sales. And for good reason, because despite being out of print since 1999, they still rank amongst our favourite children's books, and continue to be loved by countless generations.

These pocket-sized hardbacks broke down every subject you could think of into bite-sized explanations that children could understand, with beautiful illustrations to match. And there’s been nothing like them since.

In recent years, we've seen a successful series of parodies, explaining such modern phenomenon as ‘The Story of Brexit’ and ‘The Hipster’, published by Michael Joseph. There have also been some new, non-parody Ladybird books for adults, walking through topics such as ‘Quantum Mechanics’ and ‘Climate Change’.

But we’re still eagerly awaiting the return of traditional-format Ladybird books for kids. In fact, we can’t think of a more worthy candidate for a discontinued product to return to market.

Back in the year 2000, the Bioform Bra from Charnos was one of the biggest design stories of the new decade. Developed by design consultancy Seymour Powell using 3D body scans of hundreds of women, at a cost of £2million, it was hailed as a revolutionary step forward for the industry.

The bra's sides were made from firm pre-moulded plastic covered by soft materials, thus removing the need for a traditional underwire. The Bioform was ideal, in the words of this author’s girlfriend, "for the bustier woman who didn’t want her boobs trying to escape up her armpit all the time".

Marks and Spencer described it as "probably the most important development in the history of women's underwear", and backed it to the hilt. Unfortunately, the cost of production was high, and within a few years, Charnos was bought out. The organisation restructured, and the Bioform bra was phased out as a result.

Of course, every woman’s body shape is different, and the Bioform wasn’t for everyone. But for many, the design never been bettered, and the number of websites trading in originals suggest that many are aching to see the Bioform make a return to market.