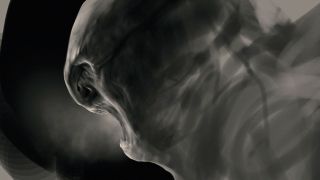 If you've bought anything from Amazon in the past few years, you'll have probably noticed a surprising number of adult colouring books topping the best-seller lists.

Once a niche, colouring books for adults are now big business, with users extolling their calming virtues. But why? How effective is art as a therapeutic technique? And does this mean artists are the best-adjusted people on the planet?

Scottish illustrator Johanna Basford, whose colouring books for grown-ups have sold over 16 million copies worldwide, attributes their popularity to two aspects: accessibility, and a nostalgic craving for non-digital activities.

"I get so many emails from people in all walks of life to say the books have helped them through a tough patch," says Basford. "From stressed-out 911 call operators in the US, to teens recuperating at eating disorder centres, elderly folks struggling with Alzheimer's or new mums with post-natal depression."

The therapeutic benefits of art – whether it's basic sketching, more intricate pencil drawing or painting – have long been documented. And while psychotherapists point out that colouring isn't an automatic ticket to mindfulness, they do agree that the process of art-making can be a health-enhancing practice, which positively impacts the quality of life.

Cathy Malchiodi is an international expert, writer and educator in the fields of art therapy and art in healthcare. She believes that while there are times when we need professional support – be that from a therapist, doctor, mentor, friend or community as a whole – art exists as a natural remedy for many of life's challenges; loss and trauma in particular.

"There isn't any one particular way that this occurs," Malchiodi says. "But many artists have used their creative process to cope with their depression or other issues. Each person has his or her own path to reparation and recovery."

A quick look at the rich heritage of famous artists who have explored intense psychological themes in their work proves Malchiodi right: Jean-Michel Basquiat, Edvard Munch, Vincent van Gogh… the list goes on. Whether the process is a vent, time out or something more complex altogether, it's clear that people have long sought therapeutic participation in art.

One strategy among many

For concept artist Darren Yeow, it's proven useful as one of myriad mental healthcare strategies he's undertaken over the years. However, he points out that art couldn't 'fix' some serious mental health issues he was facing, which needed the guidance of a professional counsellor.

Yeow was sexually abused when he was young and says that he struggled with the fallout for many years. As a child, he drew monsters and "angry, scary-looking things". He explains: "That's probably why I liked to draw Venom, Wolverine and Batman: torment was almost a superpower for those guys. When I drew them, I felt like I channelled some of that hurt out on to the paper. It was just an unconscious act of self-soothing."

In his teens, Yeow turned to martial arts as a way of regulating feelings of shame and hurt, to prevent them morphing into physical violence. Everything was fine, until a few years ago when a period of significant business and personal stress brought up a torrent of latent anger.

"I found that I hadn't really tackled the underlying issues," Yeow admits. "When a particularly stressful incident occurred and I couldn't recall that I had punched a hole in the wall as a result, I felt it was time I needed to seek out professional help in dealing with my emotions, before things spiralled out of control."

There's another angle, too. As every artist knows, the process of making art isn't always relaxing. For freelancers it can be lonely stuck at home in front of a screen all day, and for all creatives it can be frustrating – as Toronto-based illustrator Rebecca Yanovskaya knows only too well. "As much as I love art-making, it brings me a certain amount of anxiety as well," she says, "because of the need to create great pieces and live up to my expectations."

So what about professional art therapy? Do artists have anything to gain in a professional forum? Yanovskaya has visited an art therapist before. She remains unconvinced as to how effective art can be as a therapeutic technique for working artists. "We're immersed in art in a money-making capacity," she argues. "Therapy for us might work better if it's something far removed from what we do every day."

However, Malchiodi thinks there can be as much value for artists as for non-artists, as long as participants are committed to the process. "If one wants another perspective, and to experience art-making in a different way, then art therapy might be helpful," she says, "especially since one of its goals is to guide the individual toward new insights and experiences that support a sense of well-being through art."

For anyone thinking about getting involved, there are plenty of options. "Online art-making communities offer art-making experiences for self-exploration and self-care, rather than therapy per se," she says. "Artists who are new to the idea of making art as self-care or as self-exploration may find this approach uncomfortable at first, but give it a shot; it sometimes even provides a new direction for your own artistic style and intentions."

Just remember to leave your ego well out of it, warns Yanovskaya – and Yeow agrees: "Don't turn it into a study session or illustration assignment," the artist advises. "There's no need to impress other people. Just let the stylus flow."

This article originally appeared in ImagineFX issue 137; buy it here!