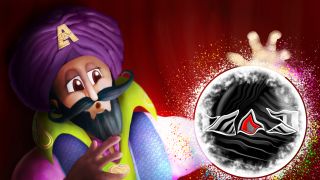 The leaves are starting to fall from the trees and temperatures are beginning to drop, which means not only is autumn on its way for some of us, but Adobe's annual creativity conference will soon be here. Taking place in the first weekend of November, Adobe MAX 2019 will be a playground for creatives, offering a glimpse into the direction of Adobe's creative tools and new things to play with.

The spectacular event, huge in scale and experience – attended last year by just a shade under 15,000 people – is once again at the LA Convention Center for 2019, with main stage sessions and some live events streamed worldwide.

Adobe has teased us throughout 2019 with various sneak peeks and hints at updates and new releases. But what do we really want to see at Adobe MAX 2019? Let's take a closer look at the products we expect to take centre stage...

You can always bank on Photoshop to have a few surprises. Perhaps unencumbered by many of the complexities that face some of the other products it never disappoints, and there’s bound to be even more Sensei thrown into the mix, for sure. We’re guessing selections will once again feature quite heavily – they are after all the key to many adjustments and essential in compositing; with every recent release featuring more selection magic it seems likely and there are bound to be some jaw-droppers, too.

02. Photoshop on the iPad

If memory serves us correctly, last year there was mention of a suggested launch in April this year, but there’s still no sign of it and there’s not a lot of noise coming from Adobe. It’s a huge undertaking – make no mistake, it’s a much bigger product than most users realise – and in a constantly expanding ecosystem, doubtlessly a significant challenge. However, that said, the company last year seemed very confident of a delivery around the end of the first quarter in 2019. Maybe they’re adding some more Adobe magic and aiming for a bigger impact by releasing at MAX. Let's hope so.

Illustrator has been showing a lot of font-oriented features lately and during the sneaks last year an amazing piece of tech named Fontphoria wowed the audience, creating variations on entire fonts using drag-and-drop with just a single character. Interest in variable fonts is growing, and there have been some videos featuring expanded features within the model that maybe indicate there’s something in the works. Our guess for the 'wow' factor in Adobe’s oldest home-grown product is an overhaul of Puppet Warp along the lines of Project GoodBones that was in the 2018 sneaks.

Adobe’s 3D tool for designers and visualisers, Dimension has been quietly adding some incredible new features throughout the last few months, including some related to the early 2019 acquisition of Allegorithmic and their Substance material/texturing products. It’s probably a fairly safe bet that there will be big news relating to this product line and how it will mesh (no pun intended) with other Creative Cloud products.

Augmented reality (AR) is gathering momentum and while there are a number of apps using AR, there doesn’t seem to be much in the way of authoring tools for non-coders that isn’t part of a contained system like Facebook’s Spark AR. Project Aero aims to fill that gap and of course it will almost certainly naturally fit and interop with the other members of the family. Until recently this has been in a closed beta but applications to join the program have been accepted for a little while, now.

Project Gemini, a drawing/painting app that combines and improves on the functionalities of the current mobile creation tools Photoshop Sketch and Illustrator Draw, announced it’s name, Adobe Fresco, just a little while back and it should be well-and-truly out in the wild by MAX (at the time of writing it is available for pre-order on the app store, expected 24th September).

Not that it is representative of Fresco particularly, but the image associated with this post was initially created in the app then tweaked in Photoshop, a route that appears fairly common among the users I know from the prerelease and so the prediction here is that more incredible features and interoperations will amplify the recent launch.

Adobe XD introduces new features almost every month, and they’ve delivered on everything and more showed at last year’s MAX, including voice prototyping and the auto-animate features that drew so much applause. It’s still the micro-interactions that are craved though, along with support for inline video, so it will be interesting to see if there’s anything on offer that will sate that appetite.

A big deal at MAX in 2018, Rush CC, which is now available on iOS, Android, Mac and Windows, has introduced an handful of other features and improvements throughout the year, including interface tweaks, language support, speed controls and Motion Graphics Templates, also know as MOGRT’s (rhymes with the American pronunciation of yoghurts) on Adobe Stock. It’s going to be interesting to see if any new tools have been added for this year's event, especially as the main objective of Rush is to keep it lightweight and flexible – we'll just have to wait and see!

Want to keep on top of all the MAX 2019 news? Make sure to bookmark our main Adobe MAX 2019 page, which we'll be updating regularly in the run up and reporting live from the event in November.