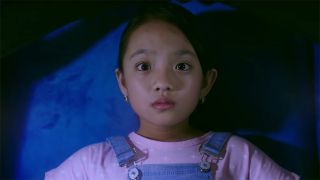 There are so many Christmas ads flying around at this time of year, companies need to work extra hard to create something that resonates with their audience. But a Filipino phone company has beaten the odds with a TV spot that has captured people's hearts and become the unexpected success of the festive season. Its popularity is mainly thanks to the emotional gut-punch of an ending that we did not see coming (for more ad agencies done good, explore our rundown of the best Christmas ads of all time).

The advert ties into the release of the newest Star Wars film, Rise of Skywalker. It starts off with two young boys cobbling together some kind of homemade super-armchair/spaceship thing, complete with wings, fans, and a moving base. There's even a bit where a load of mobile phones, borrowed from neighbours, get welded into the contraption to form a light show. They've certainly gone the extra mile (their efforts might even top some of the best 3D movies).

So far, so cute, but certainly nothing groundbreaking. Apart from the fact that we're not sure the phone-owners knew their handsets were going on permanent loan, there's nothing comment-worthy here. Stick with it though, because there's a twist coming, and it'll hit you right in the feels. Watch the ad below.

The heartwarming advert is the work of Wunderman Thompson, and it's for phone company Globe Telecom. It forms part of Globe's initiative to provide tools and equipment for people with disabilities – so you can rest assured you're being emotionally manipulated for a good cause.