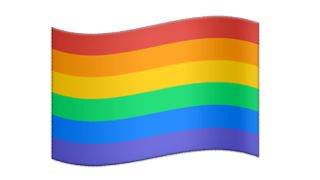 Yesterday saw Apple launch the beta version of iOS 10, and whilst it might be a while until the official release in September, users have noticed one thing already: it's going to be crammed full of redesigned emojis and icon sets.

More than a hundred new and updated emojis make up the set, with Apple putting a big emphasis on diversity. Complete with emojis that expand their gender options, this looks to be the most inclusive update yet.

By working with the Unicode Consortium, Apple has striven to represent the diversity of people all over the world. To this end, we can expect to see more messages packed with emojis depicting different family set ups, rainbow flags, and people of colour.

Not content with breaking new ground thanks to its diverse emojis, Apple has also gone back and revised previous designs. Gone is the gun, replaced with the more playful water pistol, while popular icons such as faces and animals edge ever closer to the popular trend of flat design. The poop emoji looks mostly the same though, proving that when it comes to emoji design, you can't polish a turd.