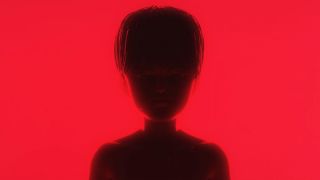 It's almost 30 years since Katsuhiro Otomo's Akira was released in Japan on 16 July 1988. Otomo's epic animated tale of teenage biker gangs and rampant genetic mutations in post-apocalyptic Neo-Tokyo took another three years to make it to the West, but once it arrived it quickly became a cult hit and is largely responsible for bringing the word 'manga' to Western vocabularies.

Akira's notable for its insanely smooth and detailed hand-drawn animation, giving it an almost CG look years before actual CG animation became the norm. And while talk of a live action remake of Akira keeps cropping up, so far it's yet to materialise.

So for now we'll just have to make do with Awaken Akira, an amazing CG tribute created by a couple of dedicated Akira fans, Ash Thorp and Zaoeyo (XiaoLin Zeng).

Awaken Akira only lasts a minute – and that's including the credits – but it's a glorious taster of a dream Akira remake that we'd love to see in full. It took Thorp and Zaoeyo a year to make, fitting in work on it between other commitments, and demonstrates a similar attention to detail to that which you'll see in the original animated film.

Awaken Akira comes across like a teaser trailer or taster reel; rather than replicate action from the film, it instead recreates a selection of key shots from the film in CG, focusing on locations and items rather than the characters. It does an incredible job of conjuring up the flavour and atmosphere of Otomo's iconic original, and the enterprise is lent further impact with a score by Pilotpriest that echoes the original soundtrack superbly.

If you're keen to see how Thorp and Zaoeyo did it, they've thoughtfully collected a number of their processes into a YouTube playlist, showcasing and explaining their techniques over the course of 26 in-depth videos.

The sheer amount of work that's gone into creating this minute of video gives you a whole new appreciation of the effort that Katsuhiro Otomo and his team must have put into animating the original film.

It's a beautiful love letter to an animated classic, and even if it's all over just a little too quickly, it's just the incentive to dig out your DVD or Blu-Ray and watch the original again. Enjoy!