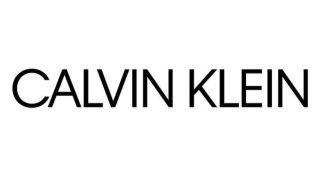 The old logo was instantly recognisable and a bit of a sex symbol considering that it was often found printed on the elasticated waistbands of Calvin Klein underwear, so the decision to drop it in favour of a purely upper-case design that subtly squishes the letters closer together is sure to divide opinions.

If the comments on Calvin Klein's Instagram page are anything to go by, it looks like fans haven't been instantly won over by the new look. Many were dismayed to say goodbye to the old logo, communicating their sorrow in a flurry of sad face, thumbs down, and flame emojis.

Simons defends the new Calvin Klein logo by explaining on their Instagram page that: "It's a celebration of Calvin Klein's iconic underwear and jeans; acknowledging their status as Pop and showing them in the world of art."