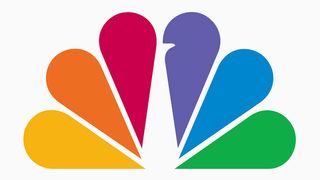 Ivan Chermayeff, the American designer behind some of the most distinctive contemporary logos, passed away on 3 December aged 85. A founding partner of Chermayeff & Geismar & Haviv, Chermayeff is widely recognised for his branding work, as well as his output as an author, illustrator and collagist.

Born in London in 1932, Chermayeff was the son of Russian-born industrial designer Serge Chermayeff, who also enjoyed a diverse career as an author and architect of the De La Warr Pavilion. In 1940, Chermayeff moved to the US and went on to study at Harvard, the Institute of Design in Chicago and Yale School of Art and Architecture.

A formal education was not the source of Chermayeff's artistic talents, however, as he once claimed that studying chemistry would have given him the discipline that he needed to succeed as a graphic designer.

After graduating, Chermayeff worked as an apprentice for fellow American graphic designer Alvin Lustig and designed record covers at CBS. He founded his own New York studio with Tom Geismar and Robert Brownjohn in 1956. The studio, which would later become known as Chermayeff & Geismar & Haviv, is the source of over 100 renowned corporate logos, including designs for NBC (see the famous peacock above), Pan Am, Showtime Networks, and HarperCollins.

Major non-profits and cultural institutions also got the Chermayeff & Geismar & Haviv treatment, with the likes of The Museum of Modern Art, National Geographic, and the Smithsonian Institution among its many clients.

Speaking to us in 2015 for our branding article, Chermayeff described his meticulous approach at Chermayeff & Geismar & Haviv: "We not only insist on seeing what they do, but on talking directly, face-to-face, to those in charge of any decision-makers – the CEO and others responsible for strategy, design or marketing."

Alongside his career as a designer, Chermayeff enjoyed success as an illustrator. His bold style lent itself well to text by Kurt Vonnegut in the book Sun Moon Stars. As part of the studio he helped to create posters for the Guggenheim, magazine covers for Bloomberg Businessweek and a 9/11 editorial for The New York Times.

Chermayeff served as president of the American Institute of Graphics Arts (AIGA), while Chermayeff & Geismar & Haviv received the AIGA Medal for graphic design and visual communication in 1979.

Chermayeff's contribution to modern graphic design has been monumental, with artists taking to social media to pay their respects to the creative genius.

Words of wisdom from the late design icon Ivan Chermayeff: “When someone presents you with a problem its important is to find out ‘if the problem you are presented is the real problem.’ Often, he believed ‘it is not.’”December 3, 2017

The graphic design genius, Ivan Chermayeff, 85, is dead. You probably never heard of him but some of his logo work at Chermayeff & Geismar (below) is iconic and enduring https://t.co/i8ZdlYs9gC pic.twitter.com/cFd80GSGtkDecember 3, 2017

A very sad loss. Ivan Chermayeff was a designer of great gifts and a man who lived a zestful and full life, leaving a great legacy of wonderful things. https://t.co/WL5YNHSyZyDecember 3, 2017