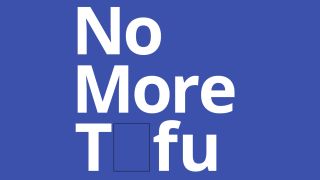 In an effort to make typography more accessible for everyone, Monotype have teamed up with Google to create Noto: one of the most expansive typography projects ever undertaken.

Designed over five years with the aim of encompassing all languages with a harmonious look and feel, the Google Noto project saw the creation of a typeface family that promotes global communications across borders, languages, cultures and time periods.

The font family now covers over 800 languages and 100 writing scripts, including an array of serif and sans serif styles across up to eight weights, plus numbers, emoji, symbols, and musical notations.

Taking its name from 'no more tofu' (a design term that refers to the blank boxes that appear when a computer of website is unable to display text) the Noto font family had to ensure that the wordmark was both legible and culturally acceptable. This is where Monotype came in.

“Monotype is one of the leading type companies in the world and was a great match for all our requirements," said Bob Jung, director of internationalisation at Google.

“Creating Google Noto was a really big project and we needed a reliable partner that could match Google’s scale to complete it. We looked for a partner that had the ability to create really well-engineered fonts, and Monotype has a long history in that, and was able to offer the diversity and breadth of experience we needed, especially in building fonts for other languages.”

Scott Landers, president and CEO of Monotype, adds: “We are passionately dedicated to type and helping to advance the use and adoption of type across many cultures, languages and geographies. We are thrilled to have played such an important role in what has become one of the most significant type projects of all time."

Monotype has been working closely with Google since 2011 to create Noto, with hundreds of researchers, designers and linguists involved with the project. In fact, work on the typeface family is still progressing as new scripts are added to the Unicode Standard.

It makes sense that because Noto is an open source project, designers and developers all over the world can get involved. And seeing as the font family wants to enable communication across borders and cultures, Noto is completely free to download.