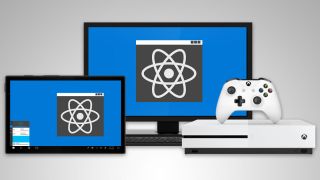 Facebook's React Native framework is a great tool for building cross-platform apps, and if you use it you'll know that it already features extensions and plugins enabling you to deploy your work to Windows. But now there's an improved way to do it, courtesy of Microsoft itself.

It's just released its own open-source project that enables developers to target any Windows 10 device using the Windows 10 SDK, so not only can you deploy on Windows PCs, you can also use it to create apps for tablets, Xbox and even mixed reality devices such as Microsoft's Hololens.

The new React Native for Windows is all about better performance; Microsoft is currently in the process of re-implementing it in C++ rather than C#, with a plan to provide a compatibility layer that will support existing apps written in C#.

React Native for Windows is available now on GitHub; if you want to get up and running with it then there are a few system requirements you'll need to know about. To build and deploy apps you'll need a Pro or Enterprise version of Windows, and you'll also need Visual Studio 2017 Community or better.

To make things easier for you, Microsoft has provided a guide to help you get started, covering everything from installing React Native through to running apps either with or without Visual Studio.