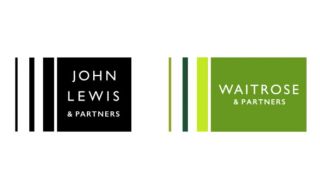 Today has seen the John Lewis Partnership relaunch its two retail brands as Waitrose & Partners and John Lewis & Partners. Each arm of the rejigged business model comes with a new brand identity and logo design created by Pentagram, both of which underline the collaboration between the two firms.

As well as a new look, the launch also includes a groundbreaking ad campaign that tugs on your heartstrings like the much-anticipated John Lewis Christmas spots. Created by adam&eveDDB, the agency behind both John Lewis and Waitrose's recent seasonal adverts, Bohemian Rhapsody riffs on the classic Queen song and sees a bombastic school play drive home a message of connectivity.

Touted by the John Lewis & Partners customer director Craig Inglish, as the "biggest ever marketing campaign outside of Christmas", the video is the first time that the two brands have released an ad campaign together. Check it out below.

Beyond the advert, the campaign will continue to roll out across print ads, hero products and in-store films. At the heart of the campaign is the slogan "When you're part of it, you put your heart into it", which can be seen across all areas of the rebrand.

“Our new identities bring the brands much closer together and both brands will benefit,” says Martin George, customer director for Waitrose & Partners. “From now on, when one of us advertises there will be a halo effect for the other brand as customers recognise that ‘& Partners’ means we’re the same company and that all 85,000 of us are owners.”

As for the new logos, Pentagram looked to the original work for the John Lewis Partnership logotype designed by Hans Schleger and Peter Hatch in the early 60s, which at the time was centred around a pattern motif. Using the exact same weight and thickness of lines found in this diamond symbol pattern ensure the new identity continues the spirit of the brand.

Shoppers in central London will already be able to see the new identity on key stores, as well as online and on certain material such as lorries and vans, staff uniforms, carrier bags and trolleys. Over the next few years the full identity will be incorporated across all John Lewis and Waitrose shops and products.