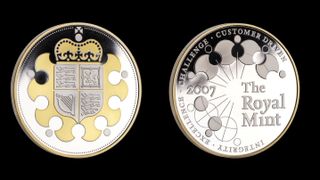 Rebranding by going back to a brand’s roots has been high on the agenda in recent years, with widespread talk of the ‘retro design’ trend. But trying to reawaken a brand's heritage isn't just a case of digging around in the archives looking for a suitable retro font or reviving the brand's best logo.

According to Spencer Buck – co-founder and creative partner at Bristol’s Taxi Studio – talk of trends is irrelevant. “Quite simply, you do it when it’s the right thing to do,” he shrugs. “I hate the reference to a ‘trend’ as that implies transience, whereas the point is to design the brand into a place where it’s more timeless and robust. But the sad reality is that some brands were the best versions of themselves many years ago.”

Brand equity can be eroded over time, Buck explains: “It washes away critical points of difference – brand USP, in old money – until the brand becomes normalised in the marketplace.

“Our job is to identify the point it all went wrong, then seek to bring the brand back to being the best version of itself. Digging in the archives is not a ‘fix all’ for all branding briefs, but it’s also not a bad place to start if the brand has drastically lost its way over time.”  Here's how to do it...

Richard Buchanan, MD at The Clearing, draws attention to several brands in the FMCG and automotive sectors that have been resurrected for modern times, including Arctic Roll, Monster Munch, Fiat 500, Beetle and Mini.

“They were built on sentimentality, but also a reservoir of goodwill that exists in consumers’ minds,” he explains. “But those consumers alone aren’t enough to ensure that brand is successful in future. They have to appeal to new audiences.”

Ultimately, Buchanan adds, for a rebrand to tap into some long-lost heritage it needs to have something substantial in its DNA that’s worth reawakening in the first place. “Heritage just for heritage’s sake won’t work,” he argues. “There has to be something at the core of the brand to give you that connection. Mini reflected popular culture in the 1960s; the ‘Mini Adventure’ campaign repackaged that in a more urban way. It’s not just graphic or verbal veneer: there must be an intrinsic benefit.

"There needs to be a benefit that’s as relevant today as it was then,” he says. “Some essence, or attitude, that can be reimagined for a new audience. You need to identify those golden nuggets, those little gems that make that brand special.”

According to Chloe Templeman, creative director at Design Bridge, the agency often works with long-standing brands whose rich heritage may have been forgotten or somehow ‘lost’ over time. “It’s our job to find those hidden gems, and tell those stories through design in a way that is relevant today,” she says, giving the agency’s rebrand of Guinness, as an example.

“But this approach can only really work when the brand has a past, and an interesting one at that,” she goes on, echoing Buchanan’s thoughts. “Sometimes you search for the hook and it’s just not there, so you have to choose another route. There’s no science to it: sometimes it’s a gut feel.”

Chris Moody, chief creative officer at Wolff Olins, believes in looking to the future, rather than the past, wherever possible. “On a personal level, I feel nervous about building on heritage alone,” he admits. “It’s a valuable component, but in no other industry would people be so self-indulgent and self-referential to their industry over that of the client’s.

“All brands should aim to carry with them a core, forward-thinking DNA that is true to what they stand for. Picking a fixed point in history as the only anchor can hold you back,” Moody argues. “Authenticity shouldn’t be confused with heritage: it’s something that’s earned over time.

“The only thing that really matters is what’s relevant to today’s audience,” insists Moody. “Brewdog has taken everything we knew about beer branding, and remixed it to its very core. They are as authentic as hell, but they do it by constantly innovating and challenging what was done yesterday. Heritage brands like Tetley should be learning from Brewdog’s modernity, rather than rummaging through their archives for old logos.”

04. Don't pastiche the past

“Limited editions can be a good way to stir nostalgia in people, and remind them of why they fell in love with a brand in the first place,” says Templeman, giving the example of a ‘retro’ Irn-Bru edition that was reminiscent of her childhood. “But brands have to continually move forwards. It’s about taking inspiration from past brand stories, and then putting a modern lens on it.”

“Heritage is only really effective if you have a purist past and a compelling relevant story,” says Buck. “For some brands, it would be impossible to look back to move forward. Robertson’s Jam is an extreme example [look it up to find out why], whereas the rotting lion carcass found on a certain brand of syrup remains perfectly relevant and as acceptable today as it was then,” he adds.

“Heritage can be a loaded gun, and authenticity is a bandwagon word. Consumers can’t be fooled or entertained into buying stuff like they used to,” Buck continues. “They demand more from brands, and rightly so. Being authentic is fundamental. Without it you’re fake, and fakers soon get found out.”