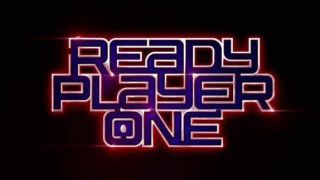 This year's San Diego Comic Con has already impressed designers thanks to the stunning visuals for the Thor: Ragnarok poster. But another film that's been getting a lot of attention is Ready Player One.

Based on the novel by Ernest Cline, Ready Player One follows the journey of Wade Watts as he hunts for an Easter egg (not the chocolate kind, the hidden data kind) in a virtual reality game.

Thanks to the creator of the virtual reality game in the book being a huge fan of '80s pop culture, Ready Player One is primed to be a nostalgia-stuffed cinematic experience for viewers, with Kaneda's bike from Akira brushing shoulders with Back to the Future's DeLorean.

To promote the movie, Pentagram's very own Emily Oberman has designed an ingenious retro logo (above) that combines puzzle solving and yesteryear visuals that tie into the main themes of the book.

The big brassy lettering and gradient colouring calls to mind logos commonly associated with the notoriously gaudy decade, such as those for Transformers, Thundercats and Tron. Admittedly the logo for Ready Player One has toned down the '80s look so as not to frighten away viewers with more delicate retinas. But the real Easter egg can be found in a fun little maze puzzle made up of gaps in the lettering.

It's a subtle piece of design that doesn't get in the way of the logo, but once you notice it's there you'll appreciate the design all the more. While the puzzle is pretty simple, we're happy to see designers not just relying on retro charm to communicate the message of a movie. See the completed puzzle route below.