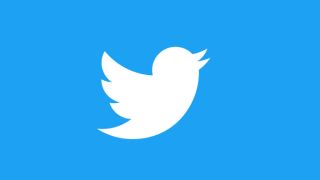 Twitter has started testing its own version of Stories – Fleets. These fleeting tweets disappear after 24 hours, bringing Twitter in line with other apps that have a disappearing Story feature – namely Snapchat, Facebook and Instagram. Fleets will be primarily text-based, but can include videos, GIFs or photos.

The feature is currently being tested in Brazil and may be rolled out across the rest of the world depending on user feedback. Unlike with normal tweets, users won't be able to retweet, like or comment on a Fleet, although they will be able to send a DM or emoji. Twitter hopes that those who normally feel that tweeting is too public feel more comfortable with Fleeting (we're not sure it's a capitalised verb yet, but we'll go with it).

On the day after the announcement, Fleets are already trending on Twitter, but perhaps not in the way Twitter anticipated. The hashtag #RIPTwitter has taken off, with people posting various savage memes about how they don't want Twitter Stories. We can't say yet just how fleeting this anger will be.

For a social media trick that's available right now, read our post on how to change the font in your Instagram bio.

#RIPTwitter How I'm about to ignore y'alls stories here like I do on the other apps pic.twitter.com/430tukBekMMarch 5, 2020

Do we really need Twitter Stories (sorry, we mean, Fleets)? Well, the answer is of course, no. But that doesn't mean that Fleets won't take off, and we do love the name. However, Fleets may end up being one of those features that most people basically ignore – a bit like Instagram TV or Facebook Watch (yes, we had to look that one up), and not at all like Instagram Dark Mode, which everyone seems to love.

From a content creator's point of view, Fleets will either be another way to reach your audience, or another way for your audience to ignore you. The addition of Fleets could also mean that people will stop scrolling through other users' Twitter feeds in an attempt to find something racist, or offensive to call them out on. Might there be an increase in screenshots, perhaps?

All potentially offensive views – okay, all views – can now have their own disappearing platform, just like they do on other social media networks. We can only imagine what politicians will do with these Fleets if they do eventually roll out across the globe. Just imagine the press briefings.

You can read the blog announcement from Twitter here (in Portuguese).