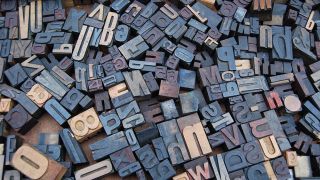 Most of us use interfaces every day; the apps on our smartphones, train departure boards, maps, chatbots and even the control panels on our microwaves. So every day, we see hundreds of words without really reading them – words like ‘OK’ and ‘Defrost’ and ‘I confirm that I am over 18 years of age’.

We don’t think about the words in these interfaces much, but they can have a powerful effect on usability, particularly the first few times we use an interface, or when we’re trying to do something new. If we skip over them, it’s usually a sign that they are doing their job well – but it can take a great deal of effort to achieve this.

A classic example of a badly worded interface would be a window that pops up on your computer when you try to cancel an action: ‘Are you sure you want to cancel?’, followed by ‘OK’ and ‘Cancel’ buttons. Does ‘Cancel’ cancel the action, or cancel the cancellation? It’s not clear. The words aren’t doing their job. On the other hand, ‘Yes, cancel’ and ‘Go back’ are pretty clear.

Clarity is the main goal of an interface. But character is important too. When we worked with FreeStyleGames on the brand voice of Guitar Hero Live, the balance between accessibility and tone was critical. That’s why the game ended up with a ‘Song catalog’, rather than the more prosaic ‘Library’, or the more playful ‘Songbook’.

New platforms are creating new kinds of interfaces. Consider chatbots and voice assistants, such as Amazon’s Alexa. With these conversational interfaces, you talk to them in natural language, which means they understand what you’re saying, and act appropriately.

To write them well, you need to step into the mind of a user. Skype’s chatbot Heston Bot, which we worked on, opens with a big question: ‘What’s the one thing that stops people from experimenting in the kitchen?’ This feels open and engaging – but actually, the range of likely responses is relatively small. People might say ‘laziness’ or ‘takeaways’ or ‘too busy’ or ‘not enough money’ or ‘dunno’; they probably won’t say ‘a tyrannical government’ or ‘Boaty McBoatface’. Even if they do, Heston politely moves the conversation forward: ‘For me, the biggest barrier of all is fear.’

As interfaces become more complex, language – like design – will need to work harder. If you don’t notice the shift, then we’re probably getting it right.