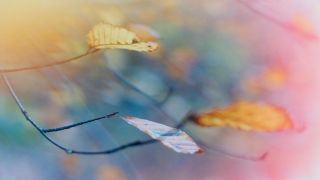 Getting the photo you want when you're working with a photographer depends on briefing that photographer correctly. But even if you pride yourself on your own photography skills, briefing someone properly isn't always as straightforward as it seems.

We spoke to AOP agent Siobhan Squire and a photographer she represents, Ben Stockley – who took the image above – to find out the best way to go about this.

How should art directors brief a photographer?

Siobhan Squire: It's always nice to have a scamp rather than just a written brief for advertising work. It's also great if creatives have some idea of the scale of the job before briefing.

A good creative will be available for a discussion with a photographer. It's crucial, not only to gauge how a photographer might interpret the brief and to hear what they might add to it, but also for a photographer to glean any finer details that might not be apparent and to start what should be a collaborative discussion. For editorial work, the joy is what is often an open brief!

What makes a brief work?

Ben Stockley: It depends on the subject matter. For example, in some editorial shoots you are given a list of locations and contacts and are left to find the interesting angles to cover. In advertising, the most effective briefs are when an agency gives you lots of space to create your story and treatment, with time to make it special.

Tell us about the briefing process...

SS: Usually we receive the brief either directly from a client or through their agency. We try to ascertain as much information as possible before we pass it on. For example, it's good to see the target demographic, the media and territories the work will be running in, the production team, the casting agencies, and of course, the budget and timings.

When responding to a brief, do you present a treatment?

BS: Each client requires a different approach. I often send treatments for ad stills and film shoots describing the form, narrative and style I think would be best for the job. With editorial work, treatments are much less common, although often we will spend lots of time researching and creating moodboards.

Do you find that briefs change?

What happens if a client says the finished images don't meet the brief?

SS: I can't think of a time when that's happened. Usually there are so many people involved from the client and agency that there is no opportunity for a client to not know what will be delivered. Final post-production and grading tends to be when our photographers put their final mark on the work, but usually that's why they have been commissioned for the job in the first place, so again there aren't normally any surprises!

This article was originally published in issue 279 of Computer Arts, the world's best-selling design magazine. Buy issue 279 or subscribe.