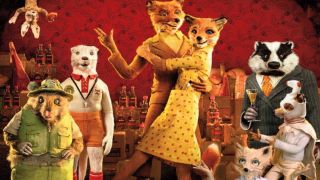 Félicie Haymoz had just one character design job under her belt when she was approached by Wes Anderson to work on his stop-motion retelling of Fantastic Mr Fox. It's an undertaking that would have daunted many – a renowned fimmaker, known for his unique aesthetic, and a story loved by thousands. Haymoz took on the challenge and managed to transform the well-known characters into something quite magical.

Since then, Haymoz gone on to work with the director again more in his second stop motion venture, Isle of Dogs. Such is the impact of her character design work that Pictoplasma asked to exhibit her Isle of Dogs work as part of its Berlin festival, as well as speaking at the event and host a mini-retrospective of her work with Wes Anderson. We caught up with her to find out what it takes to bring characters to life on screen.

01. Play around with characteristics

One of the joys of animation is that your characters can be whatever you want them to be. Haymoz's favourite thing is to design animals that act like humans.

"That's probably my sweet spot. Because you can decide what traits from the animal you're going to use, to make the human more interesting," she explains. "I also kind of see humans as animals. So Major Domo… it's my theory that he's made of cats. That's why he's so mean."

When embarking on a new character design, Haymoz likes to start by finding the individual's posture. This element can start the ball rolling on the whole feel of the personality.

"I try to capture the stance of the character. Are they hunched over, or are they sitting straight and proud?" She also notes the face is important to get right. "Hands I keep for last, because they're finicky," she smiles.

03. Look past other people's interpretations

Reimagining existing characters is something that's frequently required in the industry. When she embarked on Fantastic Mr Fox, Haymoz was taking on a character that was known by hundreds of children - many of whom imagined the characters by Quentin Blake's illustrations. How did she tackle the pressure of finding a new angle?

"I was lucky in a sense, because it's not a super well-known novel in Switzerland, where I'm from. I had read a lot of the Roald Dahl books, but not this one. So I didn't really have a specific image in mind," she says. "Generally, I try to keep references out of my head. I wouldn't say I'm trying to go against it; I also have my own favourite references." That leads us on to...

For Fantastic Mr Fox, the team drew inspiration from an unexpected source: the 1930s movie Le Roman de Renard by Ladislas Starevich. "It's [about] a fox misbehaving," explains Haymoz. "The director made it with his daughter. It's really beautiful. The puppets are really realistic; they have fur. That was the main reference for Mr Fox. It was very different from what everybody expected."

Sometimes, a character can stump you – and more often than not it's the lead roles that prove the most difficult to design. "The main character is often the first thing you have to work on," comments Haymoz. "There is a lot riding on getting it right, so it's a lot of pressure."

Mr Fox proved especially tricky. It didn't help that Fantastic Mr Fox was Anderson's first animated film and he hadn't yet decided on how it should look. "I spent a lot of time dreaming of foxes, and waking up, scribbling something in a notebook, and in the morning going, 'This doesn't make any sense!'" she laughs.

In the end, it was another character altogether that got the ball rolling on the cast design: Mrs Fox. "I got something right when I designed Mrs Fox, and from then on Wes was responding to my designs. Mrs Fox was a character I really identify with. She's painting in the film, and I'm Felicie and she's Felicity - I thought, I have to get her right!"

A character's voice plays a big role in shaping how their personality. In her projects so far, Haymoz hasn't always known who would be the voice actor for a character while she has been designing it. There's a big exception though: for Mr Fox, she was given George Clooney's face as one of her character references.

"It was puzzling for me, because they gave me a stuffed fox and George Clooney… I was like 'OK!' I think they just intended it as a reference more for his demeanour, and the way he speaks – he's clever and charming," she says.

07. Revel in the details

Wes Anderson's films are known for being very precise and meticulously crafted. In her exhibition at Pictoplasma, Haymoz got permission from the director to print and display snippets of their email conversations discussing the character development. They provide a fascinating glimpse of the level of specificity that goes into creating a Wes Anderson character. Luckily, Haymoz was just as happy to geek out on the details.

"It was often the shoes that Wes was really finicky about. He would send me really specific references," she smiles. "I like how he's really detail-oriented, and that's something that I enjoy doing.  I would add a lot of tiny details and he would talk about those specifically, like the belts and buttons."