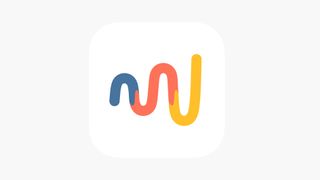 Creating standout iOS app icons is an art in itself. The best app icons distill the essence of the app into one tiny square, which must standout on a crowded desktop or App Store. In this article we'll take a closer look at the best iOS app icons, and explore why they work so well.

This is the level of attention to detail you need if you want your app to make it into our list of the best iPhone apps or the top iPad Pro apps. For more top tips, take a look at our guide to how to design app icons.

A key part of Apple’s success is due to the company's obsessive attention to detail, which has led to some truly iconic designs (take a look at our ranking of the 100 greatest Apple creations for a reminder). Owners of Apple kit expect great design, from the hardware to the user interfaces – and if something doesn’t look right, they’ll be put off.

With iOS app icons, it’s crucial to get things right. In the App Store, a good icon can make the difference between a sale and being ignored. And on the Home screen, great icons encourage engagement, and therefore need to be compelling and easy to spot. To help you on your way, read on for a collection of beautiful, innovative and stylish app icons.

Facetune is one of the best photo apps around, and its iOS icon design is an equally standout effort. The tool is geared specifically towards taking perfect selfies, which is succinctly conveyed through the inclusion of the face within the icon. An on-trend gradient brings in the brand colours, while a touch of 3D makes the central circle look like a clickable button that you know you just want to tap on.

You probably know WeTransfer as a tool for sending large files, but the brand also has an award-winning immersive sketching app to its name. Paper's cool iOS app icon subtly mimics the 'W' of its parent company, while the dribbly colours within the outline hint at the app's creative function.

ustwo games' Monument Valley is a stone-cold modern classic – we've already been treated to a successful sequel, with a third in the works. Its iOS app icon sets you up perfectly for the peculiar adventure you're about to undertake. Straight off, it introduces you to the central character, Ida. It also gives you a taste of the game's minimal isometric stylings, wrapping everything up in a sense of mystery that's guaranteed to draw you in.

Tayasui Sketches is a drawing app that prides itself in effectively mimicking traditional art tools. Its pleasingly pared-back app icon features one of the tool's in-app drawing options. We applaud the fact the designer has eschewed a colourful, fussy design (common in the art app space), instead offering viewers what is essentially a blank canvas. The tool promises "a unique UI with a touch of Zen", and the icon captures that perfectly.

Zero marks for imagination here, going for the Captain Obvious padlock, but 1Password’s app icon immediately tells you what it's about. It will be easy to find on your iPhone or iPad, and has authority in the app store. It conveys security at the heart of the app and service alike and makes users feel that whatever’s stored within will be safe.

06. A Good Snowman Is Hard To Build

Game characters are usually too complex to be used in their entirety on an icon. Not so with A Good Snowman’s adorable monster. It stands out from other icons on your home screen and is even waving at you. It's impossible to resist, unless you’re the monster.

For an app that’s the digital equivalent of felt shapes but that wants to seduce designers and kids alike, its iOS icon needs to be fun, creative, sharp, and colourful. Assembly's previous icon featured the brand's abstract bird logo, and it did a great job. However, if anything it was too detailed to 'read' properly at small sizes. This updated, pared-back replacement, featuring the same distinctive colour palette, is even better.

This game’s all about controlling living calligraphy, coaxing it to collide with targets. That concept’s too much for an icon, but Blek’s iOS app icon nonetheless gets across the game’s elegance and visuals with a swoosh and memorable lines.

To-do app Clear Todos is one of approximately five million productivity apps using a tick. But this icon's positive, upbeat nature suggests how your life might be better when using the app, and the colours differentiate it from comparatively hum-drum, overly serious competition.

Simogo’s iOS gaming classic DEVICE 6 dumps you into a world of spies and conspiracy, leaving you to explore a mysterious world and figure everything out. The icon’s subdued menace and bold colours evoke the feel of the game perfectly.

This icon showcases that a modern, minimal approach needn’t mean eradicating texture entirely. And for an app that brings to mind spinning vinyl (even if its decks are virtual), djay 2's nod to realism is appropriate, welcome and smart.

Manage to get everything done in your to-do list and you feel like you’ve just scaled a mountain, hence the inspiration for Doo’s iOS app icon. Furthermore, it’s far more imaginative and fun than yet another tick.

Learning a language can be daunting, and too many app icons in this space are boring flags or dry corporate icons. Duolingo bucks the trend with a friendly, cartoonish approach – and recent design tweaks have made this happy chappie even more cheerful. Also, we suspect that this hypnotic owl (or is it Orville the duck?) has you use the app more than you realise.

This gorgeous interactive tome about delving deep into the Earth has an icon with the book’s subject matter in microcosm. The subtle textures and drop shadows add plenty of depth to Earth Primer's iOS app icon design.

You might think it illegal these days to have icons that aren’t flat, but calendar app Fantastical’s sparkly page curl draws the eye on your homescreen, as do the vibrant colours that scream 'OPEN ME!' rather than 'Oh no. Work'.

It’s rare to see photographs integrated into a modern iOS icon (at least, a good one), but Grayout’s terrified eyes ‘trapped’ behind a slab of colour perfectly symbolise the woes of the game’s protagonist, trapped in her head after an accident.

A masterclass in minimalism, iA Writer’s app icon manages to convey the brand and what the writing app does, all with a couple of characters and a blue line.

This app’s designed to speed up launching things, hence the super-speedy rocket. The Launch Centre Pro icon's friendly, chunky curves and concentric circles add depth and interest. Previously monochrome in dull purples, the updated app icon benefits from bolder colours and a pop of red to draw the user's eye.

Children’s app icons are often awful, but Miximal has a kind of welcoming and goofy charm. It also smartly hints at the concept behind the app – users can slide parts of the screen to construct oddball animals.

Game icons work best when evoking the feel of the game. Papers, Please is set in an oppressive communist regime, hence the stark, brutal iconography atop a subtle explosion of black and grey.

Procreate is one of the top digital art software  around, and it offers a classy multicoloured brushstroke for its icon. It feels restrained but elegant – much like the app itself.

One of the more complex images in this round-up, Prune’s icon displays two main components from the game: fragile trees you help grow, and poisonous floating red orbs. It’s an arresting image that looks great on your homescreen.

Strata is a puzzle game about weaving ribbons, and its icon’s simple pattern feels at home on iOS. Yet the details – subtle shadows; faint textures – recall real-world materials the game simulates.

One of the smartest things about the Threes! game is how the sliding-tile puzzler has been infused with personality. This follows through to the bright, breezy iOS app icon, with its bold number and cheeky face.

A list maker? Best use a tick, then! About the cinema? Add some red curtains! The designer of the app icon for TodoMovies is getting few marks for imagination, but the result is effective and very smartly executed.