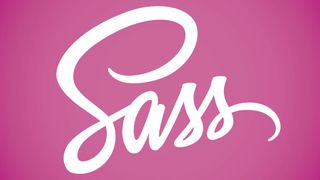 Practically every site now is built with at least a nod to responsive web design. The way we structure these responsive styles has a direct relation to how complex the project will be to maintain and edit in the future as updates are made and the project grows in size.

Despite this, it seems as though a widely accepted approach for how and where to structure these responsive styles is yet to be adopted consistently by developers. Although nowhere near as bad as 'the old days' of CSS, before preprocessors and naming methodologies, this is causing an inconsistent and often messy approach to structuring the responsive styles for elements.

CSS in the past

To understand the problem we're facing, let's go back to the beginning. One of the reasons that CSS preprocessors such as Sass or LESS were created in the first place is because CSS can get extremely messy and is famously hard to maintain. We used to find that after a while, even small websites had lines upon lines of CSS styles that were left in place just because the developer was unsure if it was required or the remnants of a removed feature or outdated element that could be deleted.

Take the following scenario as an example:

Although you may think that it is safe to assume the .title element is the title for the .heading element in this context, in fact you can't actually be completely sure that it is not used to style any other title element in the site. Also, where is .title_alt class used and is it still required or in use? You can see how even with such a simple example it can become a time-consuming exercise to check all of this before making changes.

Because of this, lots of developers would save time by adding a new class to the element or using a more complex CSS selector to make the changes they desired, which then in turn increased the complexity of the CSS for the next time a change was needed.

Thanks to the ability to nest styles, use variables, extend other classes and more, preprocessors revolutionised the way that we create and maintain CSS. Unfortunately they don't fully solve the problem of messy, outdated styles that spread and grow throughout a project as it ages like an infection.

Along came naming conventions and CSS methodologies such as BEM, which when applied give a much greater level of context to styles.

When combined with making variations, modifications and the styles of nested elements self-contained by using CSS Modules, a really strong way to structure your styles was born.

Below you can see how these improvements can solve the problems we encountered with our earlier code example:

It is instantly clear that the title styles here are specifically contained within the heading element. You can safely remove/edit these without worry of affecting other elements. You can also see that the small title was a variation of the header title, but that the alt title style was for another element.

In my opinion, when following this combination of structure and naming methodology, it is fairly easy to create clean, easily maintainable CSS styles. Context can quickly be gained and self-contained modules of CSS can be copied and pasted in other projects, or amended and removed with ease.

It may seem as though the problem of messy and unmaintainable code was resolved. But as responsive design became more and more relevant, it became apparent that we were repeating many of our mistakes over again and generating badly structured, overly complex approaches to creating responsive websites.

Solving this problem is where media query bubbling comes into play.

Thanks to the mentioned improvements in our approach to creating CSS, whenever I inherit or collaborate on a project these days, I rarely experience the dread or concern that I was opening myself up to fall into a fire of specificity hell or structural disorganisation that I used to have in those situations. I now know that I can quickly find and understand relevant classes and styles thanks to naming methodologies, and make my changes without unimaginable consequences to other elements, thanks to Modular CSS.

Unfortunately one major cause of frustration I encounter is that responsive styles are still inconsistently located throughout the project. They may well be contained within a modular structure and named appropriately in a naming methodology, but project by project I see many different ways that developers choose to include their responsive styles.

Some create a separate Sass partial named _mobile.scss or _tablet.scss for example. Some place media queries at the bottom of the relevant file in ascending or descending order and others just place them randomly between styles for other elements. With this approach, I find myself tabbing between files and scrolling to the top and bottom of files just to gain a full understanding of one element's styles across different breakpoints.

As you can see, there are many problems with this that all combine to cause the developer to spend more time working on changes/amendments than is actually needed.

The solution that I like to implement to fix this is called Media Query Bubbling. The simplest way to explain it is to consider media queries to be like any other variation of your modular element. The same as a BEM variation class of .heading__title is .heading__title—variation, for example. This means that the media query should be nested within, just like your modifying classes. See the following code as an example of this:

In this example, you can clearly see in one location that the background for the header changes to white at 640px or higher. By self-containing the media query along with the element's styles, you have once again created a totally self-contained module that can be reused or edited with confidence. There is no need to cross-check a _mobile.scss file or search the project for other mentions of the class to be sure you have covered all breakpoints.

Again, I have seen many variations of how developers choose to structure the responsive styles of their elements. This should be considered no different than styling the parent element and all media queries and styles should be self-contained. See the following example:

You can see that the font size for the heading__title gets bigger when the viewport is 640px or bigger and how the smaller variation of the heading title also enlarges but is defined to be smaller than standard. Using this technique, it is very important to apply the BEM methodology strongly to ensure you don't end up nesting several levels deep. For example, ensure that the .heading__title element is a self-contained CSS module that is not needlessly nested within the .heading element.

By taking what we learned from the benefits provided by BEM and Modular CSS and applying it to media queries within the same structure, we stop ourselves from repeating the mistakes of our past.

By working with media queries in this way, you don't have to learn a totally new methodology or structure for your styles. We're basically taking the Modular CSS approach and applying it to our media queries, which should feel fairly natural.

This article was originally published in net, the magazine for professional web designers and developers. Subscribe to net here.