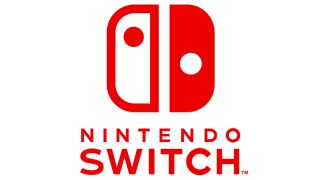 Nintendo have a long history of making innovative consoles with unusual designs. Take the DS for example, which shook up handheld consoles by introducing a second screen. And who could forget the Wii, which got gamers on their feet and flailing about with its motion sensing controller?

Their latest creation, the Nintendo Switch, continues the trend with a asymmetrical controller that has resulted in an asymmetrical logo design for the console.

Don't believe the logo's asymmetrical? Admittedly you do have to look rather closely, but once you notice the difference you'll be glad Nintendo opted for the slightly lopsided design.

Artist David Hellman noticed the imbalance on Twitter and shared his findings with his followers.

Did you notice the Switch logo is not symmetrical? Each side has a different apparent visual weight, so the logo is "balanced" by eye… pic.twitter.com/rFp34LyOoAJanuary 6, 2017

This isn't an oversight on Nintendo's part, though. The asymmetry counterbalances the different visual weights of the two halves. The solid half has a more prominent position, so to compensate for this it makes sense that its size is ever so slightly narrowed.

You'd soon notice the difference if the logo was symmetrical. In fact Hellman has mocked up how the design would look. It'll hurt both your eyes and your brain.

If the sides were really equal it would look like this. pic.twitter.com/klrwTWpNviJanuary 6, 2017