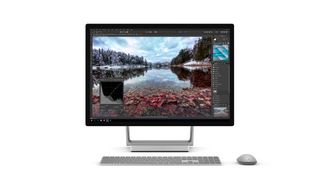 Over the last few months Affinity has been making its services such as Affinity Designer and Affinity Photo available to Windows users. And today, Affinity has given them the option to trial both the design and photo editor tools for free for up to 10 days.

With both tools racking up thousands of five-star reviews and winning plenty of awards, this is sure to be a welcome move for those who have yet to look into what Affinity offers.

Affinity Photo and Designer share the same file format on all platforms, allowing users to switch seamlessly between them both as individuals and in a professional environment, where colleagues work on different systems.

Simply head over to the respective Affinity Photo trial and Affinity Designer trial pages to get started and learn more.

Don't forget, the Windows versions match the Mac versions feature-for-feature and are available for a single payment of $49.99 / £48.99 / 49,99€, with no subscription and free updates.

Ashley Hewson, Managing Director of Affinity developer Serif, says: “The response to our launch for Windows has been phenomenal – better than we ever could have predicted. That’s been matched by the positive feedback we’re getting from people who are making Affinity Photo and Designer part of their everyday professional workflow.

“Even though we offer a no-strings refund policy for 14 days, trial versions for Windows have been a popular request and we know there’s still a huge market out there of people who want a professional graphics or photo editor for a one-time cost with no expensive ongoing payments.”