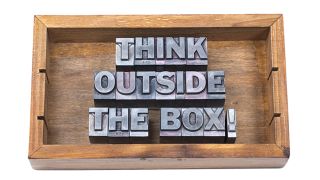 In the world of typography design, 2016 has seen some landmark events. Perhaps most notably of all has been the centenary of the London Underground font, P22 Johnston. Despite have undergone a subtle redesign recently, the Johnston typeface has remained a recognisable feature of the London Underground, and it prompted the team at printing company Solopress to discover the UK's most recognisable font.

Having surveyed 1,000 people, it turns out that the humble Arial font is the country's most identifiable typeface, with 33% of participants correctly recognising it. Could this be due to it's prominent position on Microsoft Word font menus, or perhaps it's because Arial has a formal but not boring appearance which means it gets used a lot?

The go-to font for essays, Times New Roman, came in at second, but it's not all formal typefaces that made the shortlist. Every designer's worst nightmare, Comic Sans, was the third most recognisable font, but maybe because its infamous reputation has turned it into something of a legend.

However it's not all bad news for Comic Sans, as 1 in 12 people surveyed found the font trustworthy. This wasn't enough for it to take the top spot on the trustworthiness chart though, instead people found Times New Roman the most reliable typeface. Surely this is down to years of using it in school reports and papers?

If the Solopress findings have whetted your appetite for typography trivia, you'll be pleased to know that they've also put together a font quiz where you can put your knowledge about wordmarks to the test. There are also plenty of links to more enlightening articles related to typography.