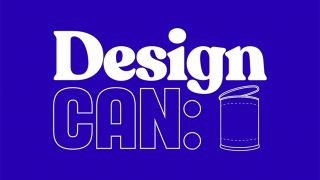 Despite the best efforts of many within it, the design industry is still very much a predominantly white, male and middle-class edifice, and one that needs to check its privilege. And a new online campaign has been launched that wants to help the design community to become more inclusive.

It's called Design Can and it's been set up with the aim of disrupting the design industry status quo and making it more representative of the world it serves. It's the brainchild of a group of designers, editors and activists including Priya Khanchandani, editor of Icon magazine, and Ella Ritchie, co-founder of Intoart, a South London studio that works inclusively with people with learning disabilities.

The Design Can site, which launched on Monday, is an online tool that maps out in its manifesto what steps the design industry needs to take in order to better represent everyone, and how everyone involved in design can do their bit for equality and diversity.

"We're calling on designers, curators, editors, writers, filmmakers, event organisers – everyone who influences the design industry – to be allies," it says. "It's time for the design community to confront its prejudices and eliminate discrimination."

Design Can also provides a ten-step guide for anyone wanting to join its campaign and help change design for the better. Its practical tips include recognising your own privilege and educating yourself, becoming an ally, driving recognition for unsung creatives and standing aside from a project where a person from an underrepresented background would be better suited.

"The design world can be significantly improved by celebrating - and representing - the rich diversity that exists in the real world," says Khanchandani, "We need to see people of all backgrounds authoring design books, curating design weeks and standing at the helm of design institutions."

The site also features a comprehensive resources section packed with useful articles, videos and podcasts devoted to equality, diversity and inclusivity. There are also links to relevant events and social accounts, and if you've seen something online that deserves sharing through Design Can there's a page where you can submit resources.

The Design Can site was designed and build by recent Central Saint Martins graduates Not Flat 3, and its founding team hopes that the site will become a diversity-focused community where uses can share useful resources and celebrate designers deserving recognition.

"Design is a powerful tool and I believe it can change the world but we need to switch it up massively, and bring in some new tastemakers from diverse backgrounds," says co-founder Yinka Ilori, "It's important because it gives people the opportunity to have their voice heard and tell their own story."

To find out more and to get involved in improving diversity in the design world, head straight to Design Can.