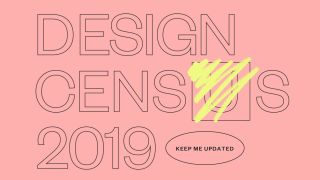 It's that time of year again. The American Institute of Graphic Arts (AIGA) has teamed up with Google to take the pulse of the design industry with the Design Census 2019. And its results make for eye-opening reading. In particular we were interested to see that illustrators were among the lowest paid, but they were relatively the most satisfied designers, proving that money can't buy you happiness.

Perhaps this comes as no surprise to illustrators. And while it must be fulfilling to see your best ink drawings or digital illustrations get distributed to a wider audience, it must be a little frustrating to learn that you're earning much less than designers in other disciplines such as animation and motion graphics. Although apparently it's not getting you down too much. Check out how salary and satisfaction compare in this sample from the census.

The Design Census 2019 was compiled with information submitted by 9,429 participants, including students, educators, freelancers and business owners. And while the survey is limited to US creatives, it helps to give us all an idea about the state of the design industry.

Other standout stats include the revelation that most designers make between $50,000 and $75,000 a year regardless of gender. Unfortunately, higher earning brackets continue to be unequal and male dominated.

The Design Census is a fascinating read wherever you are in your career. Junior designers will be interested to learn that their average salary stands at $44,837 – a useful sum you can use as leverage if you've been thinking of how to raise your prices.

Meanwhile, if you've been in the game a bit longer, it's good to know that you can expect to earn substantially more. For example, designers with five to nine years of experience make $90,205 on average annually.

To read all the results, don't forget to head on over to the Design Census 2019 website.