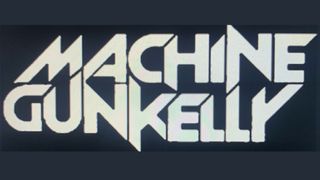 American rapper Colson Baker, AKA Machine Gun Kelly, has been inundated with jokes and memes after he asked his Twitter followers to design him a new logo.

There are lots of things to consider when it comes to creating a successful brand identity. Our logo design guide even covers what designers should keep in mind. However this doesn't appear to have stopped social media users, who eagerly responded to Baker's open call for a new logo.

Taking to Twitter, the rapper and actor decided it was time for a logo redesign because he was at the start of a "new chapter". Promising a sack of cash for the winning entry, Baker provided an email address for submissions to be sent to, then sat back and waited for the ideas to pour in.

fuck it.we’re in a new chapter.got a 💰 for which ever fan can design us a new “Machine Gun Kelly” logo....submit to: logo@mgklaceup.com here is the current one. pic.twitter.com/sdfwHPcrobSeptember 16, 2019

However, because Twitter can be a cynical place, joke entries quickly flooded his replies. So what did Baker do wrong? Well for starters, he should've given design hopefuls a brief to work with. After all, if designers haven't got some guidelines to follow, how will they know if they're heading in the right direction?

By not providing a brief, Baker was also leaving himself wide open to mocking entries.

We've got to hand it to the witty responses though. They include references to his feud with Eminem, and some imaginative riffing on the rapper's stage name. There are also some entries that channel the classic design meme 'graphic design is my passion'.

Take a look at some of the choicest joke entries below.

Would Baker have avoided joke entries if he provided a brief? It's hard to say. Trolls might have worked with the constraints to create prank logos that still played by the rules.

It wasn't all joke entries though. Some submissions were genuinely quite impressive. Although we can't help but wonder why the designers didn't just send their work to the email address provided. Don't give your competition ideas, guys!

I’m not necessarily like a die hard fan but I AM an artist who saw somethin in this! pic.twitter.com/cMSQkblnlKSeptember 17, 2019

Design contests are controversial beasts even at the best of times. And while Baker is offering an undisclosed sum of money, we can see this stirring up a similar furore as the BBC's recent competition that asked for Peaky Blinders fan art.

Only time will tell which logo Baker chooses. But we kind of hope he calls people's bluff by crowning a joke entry the winner. Even if it were only for a limited time, it would be a great way of owning the situation.