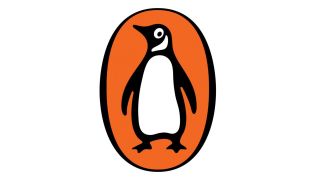 This week saw Penguin Random House's non-fiction imprint, Ebury, rebrand itself with a less corporate and more creative logo that appears to cash in on some of 2017's biggest design trends.

Designed by London-based studio Form, the centrepiece of the new look is a capitalised letter 'E' wordmark. This isn't the first rebrand we've seen this week that's based on this idea. Just a few days ago we saw how Elton John's new visual identity pulled a similar trick with its star-shaped glasses inspired lettering.

And just like the musician's makeover, Ebury's rebrand treads the same path as other big brands such as Fanta and Calvin Klein in that they all seem to have adopted 2017's biggest logo design trend: uppercasification. (That's our unofficial term for saying brands currently have a habit of putting all their text in uppercase.)

Click through the image gallery below to see how the new Ebury logo compares with the old one.

Following another trend, the colour choice also taps in (coincidentally) to a major global survey which found that a rich teal hue is the world's favourite colour.

Thanks to an overprint of two semi-opaque colours, the logo appears three-dimensional and leaps off both the screen and printed page. The overprinting method also references traditional practices such as screen printing. This results in a sense of imperfection that Bensons says helps to "embrace the spirit of creativity."

This logo is even more striking thanks to its use of contrasting colours. The 'E' itself is rendered in a beautiful teal, while the drop shadow is picked out in the Penguin brand's signature orange. The consistent typography also brings it in line with the overall Penguin Random House branding.

The new logo has already started to appear across online platforms, and readers can expect to see more of it later in the year as it continues to roll out across marketing materials, products and packaging.