Creative Bloq is supported by its audience. When you purchase through links on our site, we may earn an affiliate commission. Here’s why you can trust us. 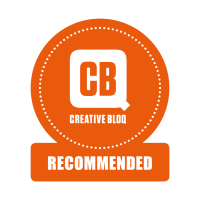 Huion Kamvas 24 Series Pen Display tablets have great screens, good response times and are a joy to use. Although the most expensive generation of Huion tablets to date, they're still far more affordable than their equivalent, the Wacom Cintiq Pro 24.

The Huion Kamvas 24 Series is the latest offering from Huion, and adds to an already full roster of affordable drawing tablets. It's a range of three tablets, including the 24, the 24 Plus and the 24 Pro, with a matte film on the 24 and etched glass on the other two.

It's no secret that Huion has been hard at work establishing itself as a big name over the past five years. And while it's still less established than Wacom, it's made itself very popular with the budget end of the market. With the Kamvas 24 Series, the Chinese company is going for the prosumer side of drawing tablets, and it has a price to match.

Although the name would suggest otherwise, the 24 Series offers a drawing surface of 28.3-inches, and a viewing angle of 178°, allowing better visibility while you move around the tablet. It runs on Huion’s Tablet Software, which while easy to use once set up can be tricky to configure, particularly with Windows 7 computers. But is it enough to inspire users to move away from their Wacom tablets? Read on to find out more.

Where the Huion Kamvas 24 Series really shines is with Photoshop. It works well with different brush types, and its 1440p QHD display excels with fine detail where accuracy is crucial.

Line pressure adjusts smoothly and without any visible graduation (and considering that it has 8192 levels of pressure, that’s hardly a surprise). The tablet's colour accuracy is fantastic; the 24 and 24 Pro cover 120% of the sRGB colour gamut and the 24 Plus covers 140%.

As the screen resolution is higher than a standard 1080p HD screen, users may find themselves also using it in day-to-day situations.

As the Huion 24 and 24 Plus come without programmable buttons, users wanting hotkeys may want to invest in the Huion KD100 Mini Keydial. The KD100 combines a dial, ideal for controlling brush size, with eighteen programmable buttons. This is fully customisable via Huion's tablet software.

The build of the Huion Kamvas 24 series is solid, minimalistic and pleasing to the eye. The main piece of assembly required is screwing on the base. The base is well-designed and sturdy, allowing viewing angles between 20° and 80° with the simple lift of a lever. Combined with the rubberised feet on the bottom of the tablet, the Kamvas 24 can be securely rested on a desk of any material.

This is a tablet that is definitely more at home on the permanent desk than the hot-desk. With the stand it weighs more than 5kg and its size makes it a bulky parcel to carry on a commute.

Most artists will have a preference for a smoother or rougher surface, although the difference is slight. Combining the matte film with a felt nib is probably closest to felt tip on paper, whereas the etched glass provides a smoother, less textured experience.

The three-plug cord used to attach the tablet to a computer is one of the least elegant parts of the design, but its faults are minor. Users with access to a USB 3.0 port can attach the tablet directly to their computer, but otherwise both a USB and HDMI port are required.

One of the major downsides for high-end graphics tablets for artists in the earlier stages of their career is the price, and Huion is cheerfully filling this gap in the market.

The Huion Kamvas 24 Pro is available on Huion’s UK website, but for the 24 and 24 Plus models buyers have to visit Huion's main website and navigate to the UK section. The Pro is currently subject to some major launch discounts, with price reductions of around 15% on their UK website at the time of writing.

The Huion PW517 pen included with the 24 Series is a real standout. It uses Electromagnetic Resonance for power, rather than the awkward and easily lost charging cables of earlier Huion tablets.

It also comes with a large quantity of replacement nibs, meaning that purchasing new nibs is a long way in the future. Huion also offer felt nibs, which give the PW517 a feeling that is closer to a felt-tip.

The textured rubber surface of the pen makes it a comfortable and secure surface to grip. The pen works up to 10mm away from the screen surface, making using its two shortcut keys a breeze, and the 60° tilt support and virtually nonexistent parallax makes the process of drawing feel far more natural.

The Huion Kamvas 24 Series performs incredibly with drawing programs across the board. Although the place it really shines is in digital painting, it's also a pleasure to use in less pressure-sensitive contexts such as vector programs.

One of the points where Huion occasionally falls down is in the software installation, especially on older computers. Out of the box, the typical Huion user will have either a smoothly loading tablet or a frustrating half hour.

During installation, a Windows 7 PC detected the tablet but the Huion software was unable to. After a quick workaround (removing the software from auto-startup and instead triggering it manually as an administrator), it worked, and has continued to work, flawlessly. The same detection issue appeared momentarily during installation on a Windows 10 laptop, but quickly resolved itself.

Huion Kamvas 24 Series: should you buy it?

Huion Kamvas 24 Series Pen Display tablets have great screens, good response times and are a joy to use. Although the most expensive generation of Huion tablets to date, they're still far more affordable than their equivalent, the Wacom Cintiq Pro 24.